How to Beat Earth Tyrant | FF12

This page contains information about the boss Earth Tyrant from the game Final Fantasy XII The Zodiac Age (FF XII, FF12). Read on to know more about this boss fight including the boss' moveset and strategies to use against it.

How to Beat Earth Tyrant 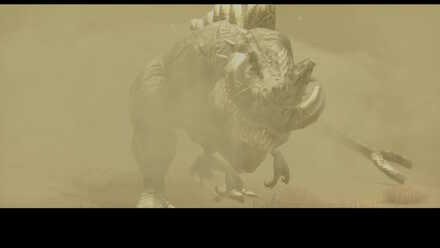 The Earth Tyrant will be fought as part of a quest involving an Imperial Bangaa researcher named Rimzat and two friends, Northon and Cotze. For more information, click on this link:
How to Find the Earth Tyrant

The Earth Tyrant is also fought at the Wyrm's Nest area of the Dalmasca Westersand. 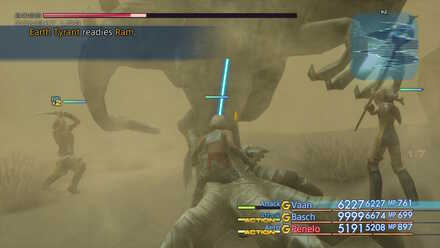 If you were unfortunate enough to face off against the Wild Saurian at low levels, fighting the Tyrant will remind you of that mistake.

The Earth Tyrant is a Saurian-type enemy and is a heavier variant of the class, but not the heaviest, by far. It can use However, its normal attacks (Ram) can shave off 500 HP from party members. It can also inflict Poison on all party members and can also use Screwtail, an attack that can nail all party members in its immediate vicinity. 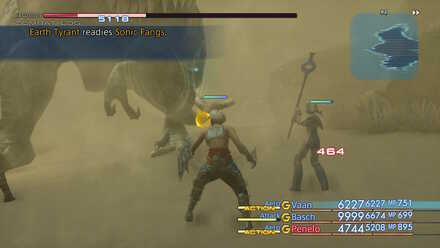 Having four party members (with one member as a guest) can help greatly, but is never a requirement.

Aside from having a White Mage cast Raise on any fallen member, having two members of the party with Phoenix Down gambits helps greatly. Other people can also chip into the item-usage spree and cure spellcasters or party members with Hi-Potions in order to free the spellcasters for casting offensive spells.

Aero/Aeroga is a good spell to use against the Wind-weak Earth Tyrant. Wind-element weapons are also recommended. The White Mage can then concentrate on curing the Poison status. Another good tactic to apply is to do a Quickening chain once the Earth Tyrant's HP is down to 75%, as this will not give the Tyrant any time to use its vaunted Defense boost.

Register as a member and get all the information you want. (It's free!)
Login
Opinions about an article or post go here.
Opinions about an article or post
We at Game8 thank you for your support.
In order for us to make the best articles possible, share your corrections, opinions, and thoughts about "How to Beat Earth Tyrant " with us!
When reporting a problem, please be as specific as possible in providing details such as what conditions the problem occurred under and what kind of effects it had.