This page contains information about the boss Hell Wyrm from the game Final Fantasy XII The Zodiac Age (FF XII, FF12). Read on to know more about this boss fight including the boss' moveset and strategies to use against it.

How to beat Hell Wyrm 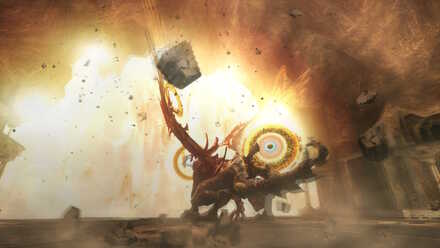 The Hell Wyrm is one of FFXII's finest when it comes to optional super-bosses. Standing as a prelude to Yiazmat, the Hell Wyrm has 8 million HP. He has the Stone Breath skill, which petrifies targets, and various '-ga' level spells. He also has Rake, a standard Dragon attack in this game, along with Invert. 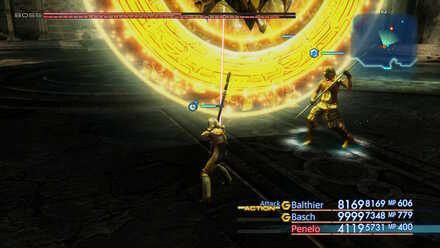 Depending on the route the party chooses to go, the Hell Wyrm will attack accordingly. He is fond of using Judgment each time he loses five bars of his HP. Judgment has a chance to inflict Stop along with dealing Holy damage to an entire party. Aside from that, the Hell Wyrm will also use Rake, Stone Breath, Invert, and the '-ga' level spells at certain points of the game, all depending on how much HP he has left. 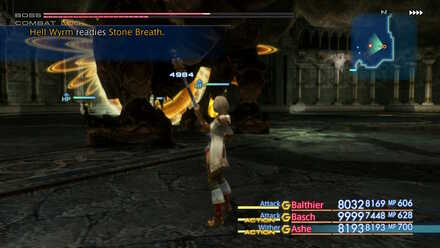 Even at the basics, the Hell Wyrm is strong because of its Judgment attacks that inflict Stop, not to mention Stone Breath, which can cast Petrify on your party.

Bubble belts are recommended to offset dying. A mage with Shell should also cast it once Hell Wyrm starts casting Invert; Shell shields can be pretty useful too. You can use the Turtleneck Choker instead of having to refresh your MP through Ether, if you have a lot of spare gil lying around. This item lets you draw skills through paying for it rather than using MP, giving you near limitless mana. Be careful not to be too near when the Hell Wyrm uses Rake, as it can wipe your party out quickly.

Bring out your best weapons and wear your best armor. Holy-element weapons are recommended, as well as Dark-absorbing armor. Weakening spells (Wither, Addle) can be used to help in the battle, if you find that the Hell Wyrm's attacks wipe you out far too often than you're comfortable with.

This is not an easy fight by any means, and the -ga magicks--even when the Wyrm resorts to using only those skills—can wipe your party out, if you're not careful. Coffee brewing is not recommended; you'll need all your skill to beat the Hell Wyrm, but if you -must- have your coffee at all costs, there's a solution for that.

By this time, you should be reeling from this Wyrm's attacks. However, there is a trick to all of this. If you've gone out of your way to hunt down some of the best weapons in the game (read: Zodiac Spear, Excalibur, Simha [?]) as well as the best Magicks and Technicks (read: Expose, Shear, Addle, Wither), then the fight with Hell Wyrm can be pretty easy. 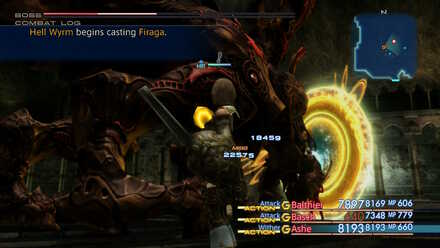 See how that 8 million HP is already down to just one HP bar?

Coupled with the natural weakness of the Hell Wyrm against Holy-based weapons, you're in for an easy fight. Addle—which lowers the foe's Magick stat—and Wither—which lowers the Attack stat—can help you survive even its Rake attacks, while Shear and Expose helps you deal stronger damage against him since it lowers his defense and magick resistance, respectively. While his 8 million HP is still no joke, with this—and damage dealers under the Berserk status, you'll essentially be taking the 'Hell' out of this battle for good.

Register as a member and get all the information you want. (It's free!)
Login
Opinions about an article or post go here.
Opinions about an article or post
We at Game8 thank you for your support.
In order for us to make the best articles possible, share your corrections, opinions, and thoughts about "How to Beat Hell Wyrm" with us!
When reporting a problem, please be as specific as possible in providing details such as what conditions the problem occurred under and what kind of effects it had.