Is it better to be a one-trick pony or a Jack of All Trade, yet Master of One? Read on and learn more about changing jobs to suit your personal playing style in Final Fantasy XII (FF12, FFXII).

An Introduction to the Jobs System

“The Zodiac Age” in Final Fantasy 12: The Zodiac Age pertains to the Zodiac Job system, where each character is given a chance at two jobs and combinations enough to take on both the main game and post-main content. 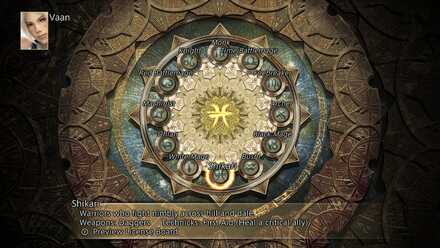 It wasn't always like this, however. At the start, the orignal Final Fantasy XII gave people a chance at creating their own characters with all abilities available.

Fast forward to 2017 and you've got your usual jobs like the Uhlan and the Bushi. Hybrids like a battle mage or a ranger became more frequent, with experimentation in Job combinations leading to pleasantly surprising results.

How to Change Jobs

Hope lies in the form of changing jobs, where Vaan and any of your party can switch to any of the available job combinations! If you've decided to change Jobs or re-consider your licenses, here's how to do it:

Head for the Clan Centurio House 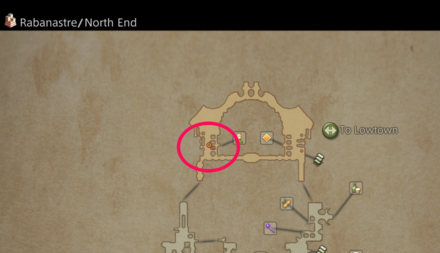 The Clan Centurio house is located in the northern part of Rabanastre, if you didn't know already. It's where you go when you're looking for Elite Marks to fell. Head up the stairs and speak to Montblanc.

Meet Up with Montblanc 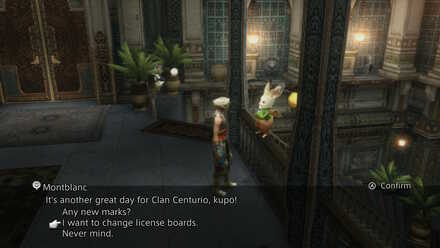 Montblanc is the head Moogle of the Clan. If you've been actively hunting for profit and recognition, you'll find him easily. Talk to him until you get to the dialogue option where he offers to help you change jobs or re-tool your license board.

Re-arrange All Your Licenses 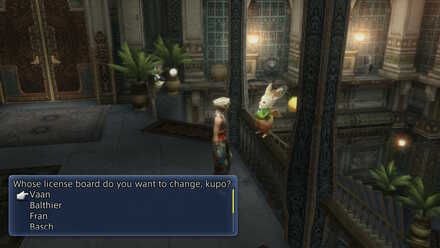 Once you're given the option, choose the character who'll change licenses, then select ‘Change It!’ Montblanc waves his hands, and you'll be able to re-select your licenses. This is perfect for getting items which are powerful in the endgame, like the Yagyu Darkblade, or any skill that might have been up locked behind an unused Quickening or Esper. 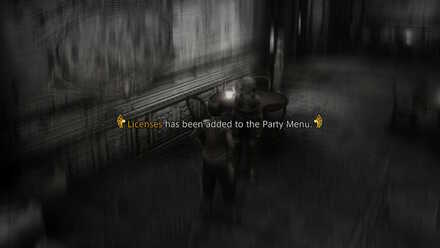 The Job system requires License Points. These are points that are used to unlock different skills for each job class, with some rather powerful licenses remaining locked, no matter what your party does. Not all skills can be used, but some are recommended; like for instance the license for the Yagyu Darkblade for the Shikari and the Expose and Wither Technicks for the Uhlan. 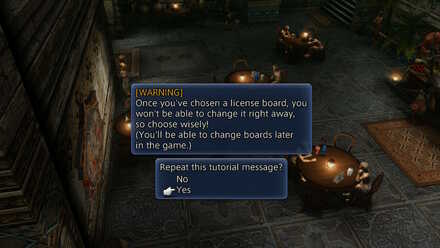 Because of the nature of skill combinations for each job, most jobs will have a skill that's locked behind an unchosen path. The Shikari is one of the best examples of this; however, if you find your 'priorities' at Licenses changing mid- or end-game, there's still hope for creating your desired Job board through the License Reset option.

As Montblanc explained in-game, you'll retain all your equipments, but they'll be unequipped. You'll get back all the license points you've spent thus far as well. Think carefully before making a Reset!

In order for us to make the best articles possible, share your corrections, opinions, and thoughts about 「How to Change Jobs | FF12」 with us!