This page contains information about the boss Omega Mark XII from the game Final Fantasy XII The Zodiac Age (FF XII, FF12). Read on to know more about this boss fight including the boss' moveset and strategies to use against it.

How to beat Omega Mark XII 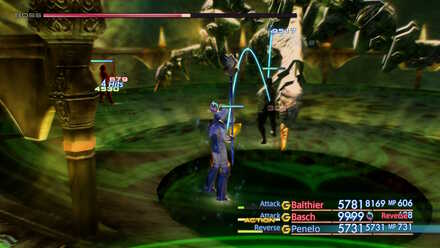 There is no fanfare when you're facing the Omega Mark XII. It is a straightforward fight where the Omega Mark XII will prepare to hit you repeatedly with its super-laser for a 7000 HP-worth damage. Omega is very easy to avoid, since it ignores party-members when they use the magick Vanish. However, it attacks the party-member / attacker nearest to it and has a chance to inflict Berserk on the target, which could put a wrench to your plans. It can also use the Charge Time 0 skill, which virtually lets it spam its favorite spells without any charging time. 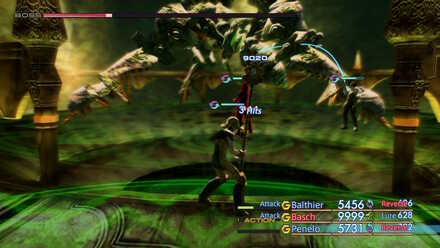 Omega Mark XII's super-laser is a one-hit wonder; pity it's against your team, but we'll get to that shortly. Its CT0 skill lets it spam its spells against your party at the snap of a finger. This machine truly earns its title of one of FFXII's hardest simply because it can wipe out your entire party with just its super-laser. It is one of the rare bosses who you can take a break against. Just be reminded not to take too long, for the Mark XII can restore its HP just as soon as it uses its super-laser. 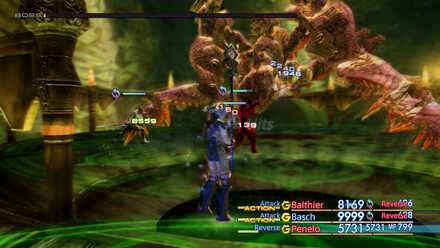 A Mage spellcaster with access to the Green Magicks Reverse and Decoy should be your go-to here. Better if the spellcaster is also a White Mage, as you need to cast Bravery on the party, aside from Haste. But you can put up these buffs before going into battle with the Mark XII.

Keep the Reverse going and cast Decoy on your main tank / damage dealer to let Omega focus on that one character. Attacks on the Mark XII is pretty straightforward, while Reverse soaks the damage and turns it into HP. Instead of finishing off your attackers in one shot, this lets you heal your attackers with one shot. Remember to use only non-elemental weapons, as Omega can shift from one elemental weakness to another at the speed of a whim.

Keep at it, and the Mark XII is bound to fall. You can brew yourself a coffee, but you must keep your eyes trained on the screen, unless you want a wrong move make your entire party die.

Register as a member and get all the information you want. (It's free!)
Login
Opinions about an article or post go here.
Opinions about an article or post
We at Game8 thank you for your support.
In order for us to make the best articles possible, share your corrections, opinions, and thoughts about "How to Beat Omega Mark XII" with us!
When reporting a problem, please be as specific as possible in providing details such as what conditions the problem occurred under and what kind of effects it had.