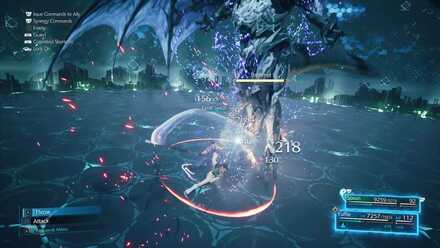 This is a page for battle strategies and tips for combat in the Final Fantasy 7 Remake (FF7R) Intergrade DLC for PS5. Read on for tips and tricks for fighting as Yuffie and using Sonon that you should remember and make use of during combat!

For more tips and strategies for combat in Final Fantasy 7 Remake (FF7R) and Intergrade DLC, check out our other combat guides below!

Tips for Fighting as Yuffie

Yuffie's Versatility is her Strength 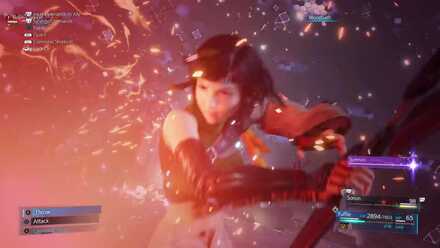 Yuffie's strength comes from her versatility, she can both fight close-range and long-range, using physical and magical damage. Yuffie is always good in any situation she faces as long as you use her right. Her abilities also reinforce the idea of her flexibility in any situation. For more information on Yuffie, check out our guide below!

Use the Throw Command 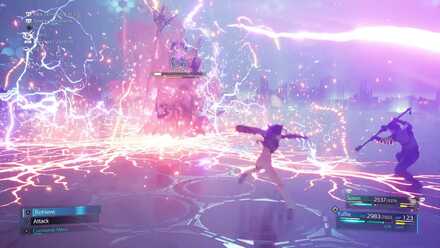 Throwing Yuffie's Shuriken is one of her primary tools in combat. The Throw command has two functions, one as a ranged attack that unlocks her ranged ninjutsu, and another as a way to close the gap by using the Retrieve command. Knowing how to use the Throw command can level up your Yuffie gameplay.

Use Synergy Abilities When You Can 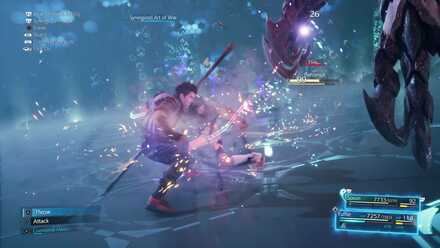 Yuffie’s strongest tool in her arsenal is her synergized abilities with Sonon. Synergizing not only will make Sonon follow up your attacks and increase your damage output, but will also unlock Synergized versions of Yuffie’s abilities. Her Synergized Art of War deals a lot of physical damage that will instantly defeat weaker enemies and pressure stronger enemies, while Synergized Windstorm will deal heavy wind damage and increase the stagger damage multiplier!

Switch Ninjutsu Based on Enemy Weakness 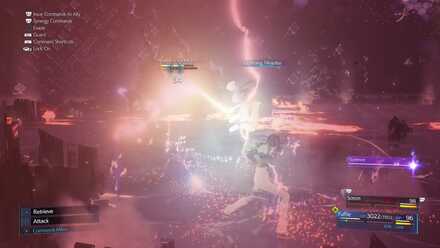 Yuffie’s ability to switch between different Elemental Ninjutsu is one of the tools that makes her work in any situation. Knowing what element the enemy is weak to and using that Elemental Ninjutsu will give you the edge you need! To use the elemental attacks you will need to use the Throw command and attack while Yuffie doesn’t have her weapon.

Yuffie has a powerful "Perfect Block" that allows her to negate damage from attacks with her block as long as it is timed properly. This can be tough to pull off as it has a strict timing that requires you to block right before the attack hits, but if pulled off, can negate damage for every blockable attack.

Use Brumal Form for Unblockable Attacks 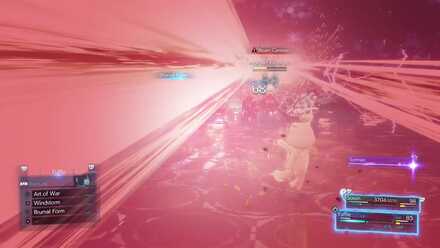 Get the AP Up Weapon Upgrade

Think of getting the AP Up weapon upgrade as an investment. The AP Up weapon upgrade does not immediately make you stronger, but if you get it early, it will reward you a lot later on. It will help level up your Materia much quicker than without it and is recommended to get it as soon as you can. This will make AP farming a breeze. 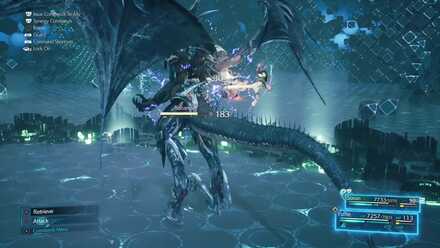 One of Yuffie’s strengths is her ability to stay in the air with her aerial combos. Against smaller, grounded enemies, it does not give that much of an advantage, but against large or aerial enemies, this will how you will want to attack. When utilizing Yuffie’s aerial combo against large enemies, can help you avoid a lot of their attacks while still attacking them. If the enemy does have an attack that can hit you while you are airborne, you can use Yuffie’s Brumal Form in the air to avoid it and continue your aerial attack!

Sonon's Strength is his Support 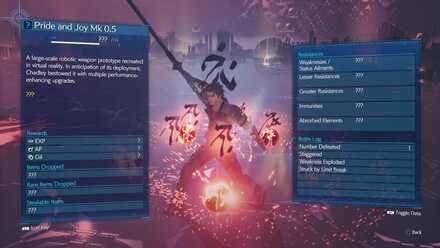 Sonon is the only character in the game that is part of your party that can't be controlled directly. This makes him sound like he is an awful party member, but in exchange for limited control, he can Synergize with Yuffie and is given supportive abilities. Even if you can't control him, he still can be more useful than other party members if you know how to make use of him.

Learn when to Synergize

Even though you can't control Sonon directly, you can still use the Synergy mechanic for Sonon to still be an effective party member. Learning when to synergize and when to stop synergizing is key to getting out of the most of Sonon. You would think synergizing all the time is the right way to go, but while synergized, Sonon's ATB gauge will fill up much slower, and he can't attack or defend on his own. When on the defensive you should stop the synergy and wait for the right time to synergize and go all out on the enemy.

Use Fighting Spirit on Stronger Enemies

Fighting Spirit is the weapon ability for his Indurate Staff. It doesn't have that much use in normal fights where just using synergized abilities will do more damage in a shorter amount of time, but against single stronger enemies that can take a while to take down, it can add a lot to Sonon's damage. If you are fighting a strong enemy and know it will take some time to take it out, make sure you activate the ability early to maximize the extra damage from it. 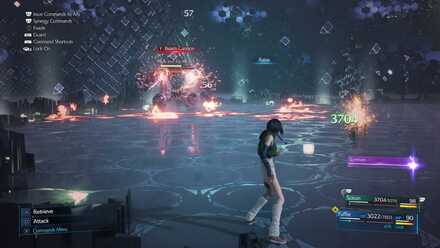 Keeping Sonon conscious going to keep you conscious, literally. If Yuffie falls in combat, Sonon will sacrifice himself to revive her. Sonon acts as living Revival Earrings. Besides having an auto-revive, Sonon will also help you on the offensive with Synergized attacks, and on the defensive with his Provoke and Incite.

In order for us to make the best articles possible, share your corrections, opinions, and thoughts about 「Intergrade Battle and Combat Tips | FF7 Remake Intergrade」 with us!