Minigame Trophies and Tips | List of All Minigames | FF7 Remake 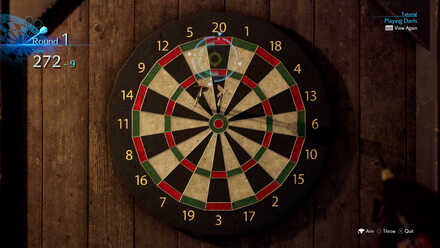 This is a guide to all minigames present in Final Fantasy 7 Remake (FF7R). Here you can find an explanation for the Darts minigame, Bike minigame, Squats minigame, Pull-Up Contest, Whack-a-Box, and Dance minigame. Read on to find out how to play these minigames, as well as rewards and tips!

Darts in FF7 follow the same rules as a standard darts game of 301. This means that you will start at 301, and each number you hit with a dart will subtract from the total number, until you are able to reach 0 (you have to finish so the number goes to zero evenly or you will bust). Since the high score is 8 Darts, you'll need to nail it in 7 or less!

How to Win at Darts

A common misconception about darts is which place gives you the most points. While the red center in the middle (the Bullseye) will give you 50 points if hit, you can actually get 60 by hitting the second red line below the 20 marker (a triple 20). Hitting this five times will put you at 300, letting you hit the 1 once to finish out at 6 Darts. This method will also allow a bit of leeway, since you can miss once and still get a highscore with 7 darts. You will need to finish in either 6 or 7 darts to get the high score.

The pointer can be hard to control, so try holding the controller stick with your thumb and index finger, like an arcade stick or crane game, which will allow you to move with more precision. When the circle reaches its smallest size, press the Throw buttonーusually you'll want to press it on the second time it does this, since you'll have more time to line up the shot, but don't run out of time, or the dart will be thrown automatically!

How to Win the Darts Minigame

At the start of Chapter 4, there is a Bike Minigame, which is very reminiscent of the one from the original FF7. Your goal in this game is to attack the Shinra soldiers while simultaneously protecting your allies, until you reach your destination.

The most important thing is to avoid damage from the enemies shooting at you. You'll probably take some damage during the Roche battle, so you'll want to go into this section with pretty good HP. During the Roche fight, make sure you avoid the Lightning attack, as well as the one where he drops down with his bike. You can get a “reward” from Jessie for clearing this with enough HP as well.

Whack-a-Box is a minigame where you break boxes with a score written on them and aim for a high score. Swing your sword like crazy and break as many as possible.

If you break a blue box, you'll charge up your ATB, readying your abilities, which can then be used to break the 1500 point boxes quickly. Also, be sure and break the boxes which extend your time, as you'll have more chances to rack up a bigger score.

How to Win Whack-a-Box on Hard

In Chapter 14, you can return to the Kids' Secret Hideout to unlock the Hard difficulty map for Whack-a-Box. Learn what Abilities are best to use and how to navigate the map to score 30,000 points!

How to Win at Whack-a-Box

This minigame is also very reminiscent of the squats segment from the original FF7. This is a simple minigame where you just press the button sequence highlighted on the screen to perform the most squats.

How to Win Squats

The buttons will disappear from the screen, so watch Cloud's movement and listen for the sound to follow the rhythm to do the squats correctly. Watch out for the parts where you need to mash buttons rapidly.

How to Win the Squats Minigame

This Dance-Off sequence is a new minigame added into the FF7 Remake. Watch Andrea and Cloud's dance while pressing the buttons that appear as notes at the right time. Essentially, this is a rhythm game.

How to Win the Dance-Off

You'll press buttons a total of 28 buttons. It's very easy to get so caught up watching the background movie that you miss button inputs, so be sure and keep your eyes on the buttons that appear. Press the button as soon as the trail reaches the light for the best timing. This minigame can only be done once, so be sure and save beforehand if you want a 100% score!

The Pull-Up Challenge is a new minigame added into the FF7 Remake. This time, you'll take control of Tifa when playing. This minigame is much like squats, in that you'll simply press buttons in the order they appear to perform the action.

How to Win in Pull-Ups

Just like squats, the buttons will disappear from the screen, so listen for the sound and watch Tifa's movements to follow the rhythm and do the pull-ups correctly. Once again, watch out for the parts where you need to mash buttons rapidly.

How to Win the Pull-Up Pro Difficulty

The Pro Difficulty is more more advanced than the previous two levels, and you'll need to achieve a flawless victory to win a Champion Belt and seize the Peeress of Pull-Ups Trophy. Check out our complete strategy guide below!
How to Win the Pull-Up Challenge 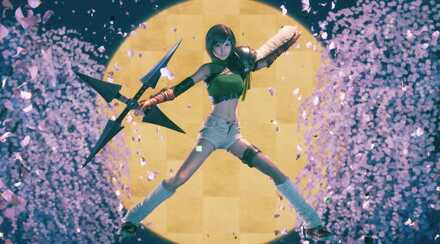 The Intergrade update for PS5 and its INTERmission DLC added some new Minigames to the mix! 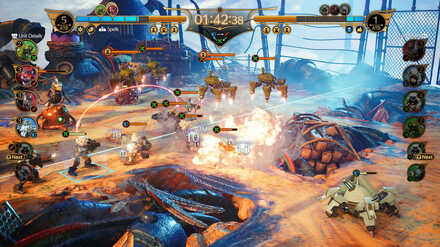 While the original featured Fort Condor as a location where you could fight off Shinra's troops, this time around it returns as a popular board game. Defend your base while capturing the enemy's and even earn a rare Materia. Chat up Polk to learn more about the new craze sweeping the slums! 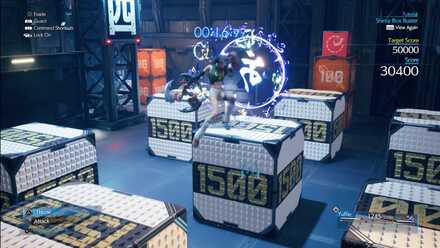 Reminiscent of Whack-a-Box from the original game, Yuffie must use her shuriken to destroy as many crates as possible within the time limit.

This minigame can yield up to six rare Materia and a trophy, so don't skip out!

In order for us to make the best articles possible, share your corrections, opinions, and thoughts about 「Minigame Trophies and Tips | List of All Minigames | FF7 Remake」 with us!