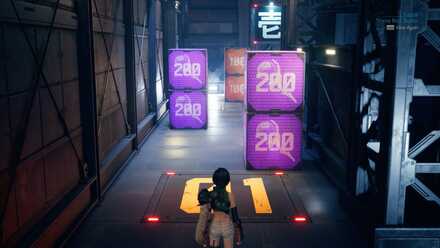 This is a guide to completing the SOLDIER Training difficulty of the Shinra Box Buster minigame in FF7 Remake Intergrade's INTERmission DLC for PS5. Learn how to unlock the minigame, rewards for completion, and tips on destroying the large boxes and which abilities to use to win the game and unlock the Materia Maven Trophy.

How to Unlock Shinra Box Buster

Find the “Training Program” in Chapter 2

The Shinra Box Buster minigame can be found in Chapter 2 of the INTERmission DLC. It's found in the Training Room of B14 of the Shinra Building, and is part of the normal game flow, so most players should encounter it normally during their playthrough, though it is not required to play.

The SOLDIER Training course is unlocked after winning all the prizes in the Basic Training mode.

Although admittedly not a perfect run, our team was able to destroy all crates and earn 50,000 points with around 10 seconds left on the timer. Players who refine the methods in this article should be able to complete the same route with plenty of time, so it's possible to make a few mistakes and still reach the goal. 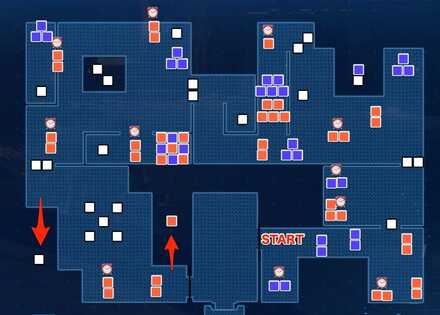 Destroy all the crates

First of all, although this may not be obvious at first, all crates in the course must be destroyed to reach 50,000 points. At this point, you don't have the luxury of skipping small-fry 100 point crates, so don't leave any stragglers behind.

Although it can be possible to backtrack, in general, you're best off destroying every crate in a room before moving on to the next room to save precious time.

Although the camera doesn't show it, turn to the right at the start to find some hidden boxes. Many a player has faced the frustration of playing this minigame for hours only to find they were missing these the whole time!

Yuffie's primary method of navigating the course is using the Retrieve command, which allows her to move immediately to wherever she has thrown her shuriken.

Instead of walking to each group of boxes, use Throw to the point where you want Yuffie to move, then use Retrieve to jump there.

Due to the finicky nature of Yuffie's shuriken lock-on, she might not always move to your intended target. As long as you are able to handle the next box in your path effectively, it's still possible to break all the boxes in time even if Yuffie varies slightly from your intended route.

For Orange Boxes, Yuffie can destroy them in a single Throw > Release cycle, so use this to your advantage to quickly destroy separated piles of Orange Boxes.

It's also possible to Throw a shuriken at Orange Boxes and leave it in until they break, during which time you can spam Ninjutsu on nearby Purple Boxes.

As Purple Crates are difficult to destroy with physical attacks, it's best to first move close to them with a Throw > Retreive > Throw cycle, then mash square to destroy them with Ninjutsu. Alternatively, it's fine to simply Throw once and use Ninjutsu from a distance as well.

Throw to Orange Boxes, then Ninjutsu to Purple Boxes while waiting

You can save time by handling Orange and Purple Boxes simultaneously. Throw to a group of Orange Boxes, then use Ninjutsu on a group of nearby Purple Boxes. The Orange Boxes will be destroyed by the shuriken in about the same duration, and both groups of boxes can be handled swiftly.

Use Windstorm to Destroy Large Boxes

Windstorm is largely ineffective in its standard usage – however, when Yuffie throws her shuriken at a box and uses Windstorm without removing it, the attack can destroy multiple large boxes in a single attack.

Not only is the attack faster to execute than Art of War, but it also can destroy boxes from a distance, making it essential for destroying the large crates placed on pedestals and distant shelves. It also deals damage to nearby boxes, making it possible to hit a large box with Windstorm and destroy nearby small boxes in the process.

Balance small crates and large crates to save ATB

For the most part, you'll gain ATB by destroying small crates with basic attacks, and spend it on using Windstorm to destroy large crates.

If you focus excessively on the Timer boxes, you're likely to destroy all of your ATB sources early, and will be left with large boxes which you don't have enough ATB to deal with in sequence. Try to maintain a balanced number of remaining small crates and large crates in a room to ensure you can deal with them all before leaving.

Use Banishment III to finish the final room

By this point, you should have the Steel Reaper, so if you haven't acquired its Banishment Ability yet, equip this weapon to ensure you have it during the Minigame.

The final room features an assortment of large crates scattered about, making them difficult to destroy quickly with Windstorm. Banishment gains power the more ATB abilities are used before it, so by this point, it has maxed out its damage to Banishment III. With one cool hit, you'll clear all seven large crates – just be sure to aim true, as it's possible to whiff this attack and leave half the boxes unscathed, which can cripple your time.

How to Unlock the Materia Maven Trophy

Complete Each Score Requirement on Basic Training and SOLDIER Training

In order to get the Materia Maven trophy, players will need to reach each score requirement for the Basic Training and SOLDIER Training. This means players must play Shinra Box Buster at least six times, three times on each difficulty setting.

In order for us to make the best articles possible, share your corrections, opinions, and thoughts about 「Shinra Box Buster Guide: How to Get 50,000 Points on SOLDIER Training | FF7 Remake Intergrade」 with us!