This is a guide for beating the Whack-a-Box Minigame in the game Final Fantasy 7 Remake (FF7R). Learn how to get 30,000 points on both Normal and Hard Difficulty, and how to unlock the Crate Annihilator and Whack-a-Box Wunderkind Trophies.

Complete the Kids on Patrol Side Quest

These two settings have no relation to the Normal and Hard Modes in the main game, or which difficulty setting you have chosen.

You can receive each of these prizes for achieving a score above the given number, but you can only win one prize at a time, so you'll need to play multiple times to collect all the prizes. You can win unlimited Moogle Medals by continuing to play Whack-a-Box, and being conveniently located right next to the Moogle Shop, this is one of the best ways to farm Moogle Medals in the game. 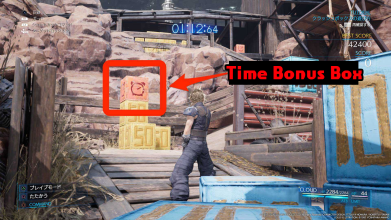 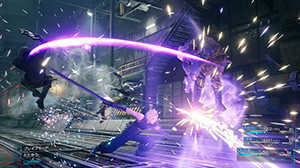 According to the rules of Whack-a-Box, you can only use the Ability associated with the weapon which Cloud currently has equipped. The Iron Blade's Triple Slash is the best Ability to equip for Whack-a-Box. The Triple Slash Ability it provides will allow you to hit multiple boxes while continuing to move toward the next set of boxes. While attacking the 1500-point boxes as well, you can use Triple Slash to move to the next box without wasting time as soon as they break.

Aside from Iron Blade, Hardedge's Infinity's End is also useful for its potential to break 1500-point boxes in one hit. Despite costing 2 ATB Gauges, it's superior to Braver, which can't break the boxes even after two strikes.

Use Strong Attack on the 1500-Point Boxes 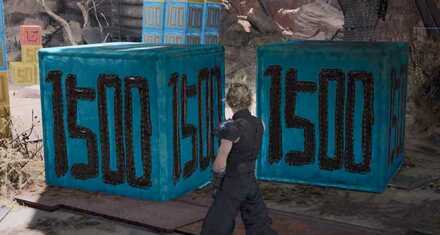 When attacking the blue 1500-point boxes, you'll need to bring a lot more heavy artillery than with the 50 and 100-point boxes. Switch to Punisher Mode and repeatedly slash with Strong Attack to destroy them. If you're using Hardedge, you can alternately use Infinity's End to destroy these boxes in one hit.

Dodge or use Triple Slash to avoid lag

After swinging multiple times in a row, Cloud will spend a few seconds recovering before he can attack again. By hitting the X button to dodge or using Triple Slash instead of a regular attack, you can avoid spending time waiting for Cloud to start moving again.

The Deadly Dodge Materia is also useful for allowing you to continue attacking while dodging.

How to Get the Deadly Dodge Materia

How to Win at Whack-a-Box on Hard

Destroy the Boxes to the Right first 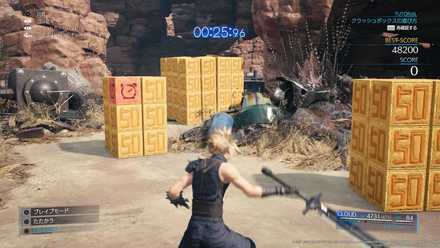 As soon as the game starts, turn right and you'll be faced with a Time Bonus Box and a mountain of 50-Point Boxes. When slashing multiple times, the last slash will be powerful enough to break 50-Point boxes in one hit, so make sure to hit as many of these boxes as possible with the last swing.

Don't try to break every box in the first area 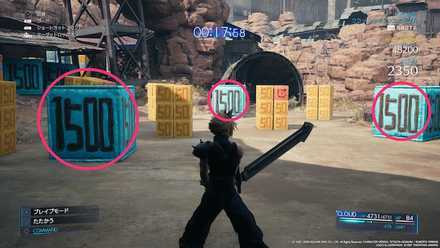 In the first area of the Hard difficulty map, you'll be faced with three tempting 1500-Point boxes at the start, but don't spend too much time on these – unless your attacks are extremely efficient, you'll run out of time before you can head to the next area, so focus on destroying the 50-Point boxes and move quickly to the next area.

Use Triple Slash and Strong Attack on the 1500-Point Boxes

The 1500-Point Boxes will break with one round of Strong Attack slashes, together with a Triple Slash. This will allow you to break through without wasting too much time attacking them. When faced with two 1500-Point Boxes side-by-side, try standing directly between them and attacking. Using a round of Strong Attacks, then quickly switching to Triple Slash, will allow you to break these boxes quickly without wasting time, while also allowing Cloud to avoid lag.

Cloud is able to use Braver regardless of his equipped Weapon, but don't be fooled – there are much better Abilities to spend your ATB charges on. It suffers from both a long animation and a low damage output, making it significantly inferior to Triple Slash.

How to Win at Whack-a-Box on Normal

Go up the Stairs to the Right at the start 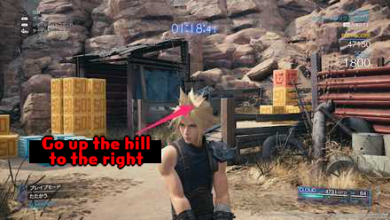 On the Normal difficulty map, there will be a staircase directly ahead and to your right at the start. Be sure to go up this hill first, as you'll find valuable Time Bonus Boxes at the top. 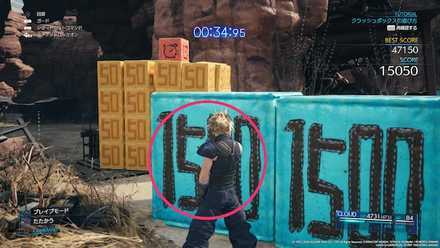 In the final area, you'll be faced with two 1500-Point Boxes blocking a mountain of 50-Point Boxes with a Time Bonus Box on top. Be sure to go back into the crevice on the left to attack the far box. If you attack the box in front, your hits won't come into contact with the far box, and you'll break the front box first, which won't allow you to pass through and will waste valuable seconds.

Unlike other Minigames, Whack-a-Box has two separate trophies, one for both the Normal and Hard difficulties.

Register as a member and get all the information you want. (It's free!)
Login
Opinions about an article or post go here.
Opinions about an article or post
We at Game8 thank you for your support.
In order for us to make the best articles possible, share your corrections, opinions, and thoughts about "How to Win at Whack-a-Box on Hard | How to Get the Whack-a-Box Wunderkind Trophy" with us!
When reporting a problem, please be as specific as possible in providing details such as what conditions the problem occurred under and what kind of effects it had.