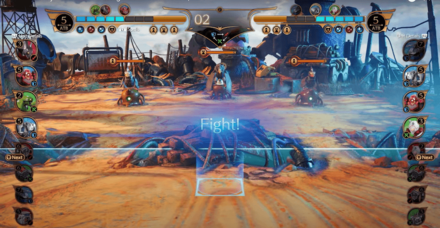 This guide covers everything you need to know about how to play FF7R Intergrade's Fort Condor minigame. Here you can learn the rules of Fort Condor, tips for beating Chadley and Hard Mode, and see the best loadouts for all to help you get the Game, Set, Master and Condor Queen trophies.

Fort Condor Rules and How to Play 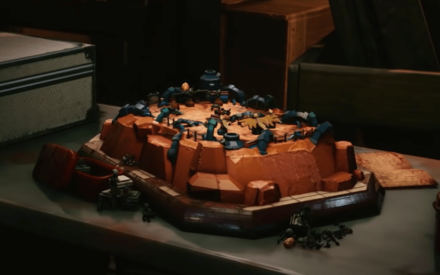 Fort Condor is a new minigame featured in FF7R Intergrade. In the original Final Fantasy 7, Fort Condor was a minigame in which the player would select their units and watch them go to battle. FF7R Intergrade's version of the minigame is now a board game where you are able to use both units and maria, where the objective is to win by either taking out the opponent's tower, or by dealing more damage by the time the game ends. 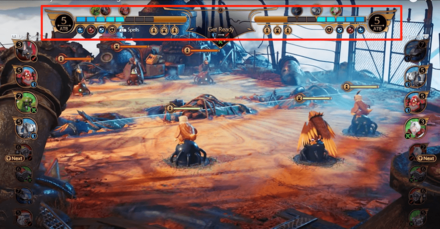 When playing Fort Condor, both the player's and opponent's ATB Gauge will appear at the top of the screen. Similar to the main combat system of FF7R Intergrade, the ATB Gauge is used to perform commands such as summoning units to the field or casting spells. Other than a few exceptions, units will move around automatically, battle with whatever enemy units they encounter, and deal damage to the enemy side.

Pay close attention to both your ATB Gauge and your opponent's to know when and how to strike. 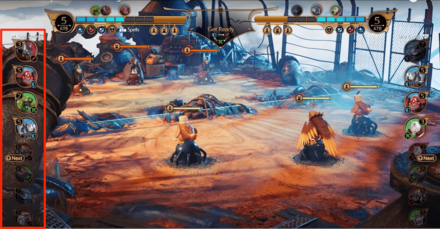 In the Fort Condor minigame, there is an ATB cost to summon units. More powerful units have a higher ATB cost, so the player is constantly choosing between using fewer high-value units, or many low-value units.

Each board has a set of Materia, which can be used once per battle. These spells can be either offensive or defensive, and are best saved for critical moments to help turn the tides of battle! 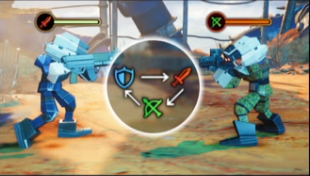 There are three roles which a unit can be: vanguard, ranged, or defense. Each of these roles will be effective against another one, so keeping track of which enemy units are active is important. Knowing which units are in an opponent's loadout and adjusting accordingly will help ensure a smoother victory!

Your battles in Fort Condor are timed! Become familiar with each of the mechanics of this minigame to clear the objective within the time limit. Use your ATB Gauge efficiently, as it takes time to charge up!

Tips for Winning at Fort Condor

In order to beat more powerful opponents, you first need to get better units. Units can be received from opponents as a reward after beating them in Fort Condor, or purchased for Condor Coins from Old Snapper. If you want to be the top Fort Condor player, you'll need to beat opponents and start gathering units and Condor Coins!

Edit your loadout to include more advantageous units

At the start of a battle, you'll be able to see your opponent's loadout, giving you a chance to edit your own loadout to include more advantageous units. In many cases, opponents will only include units of one or two types, so include only units that will be effective against them to ensure an easy victory.

Make sure you are not only using high cost units 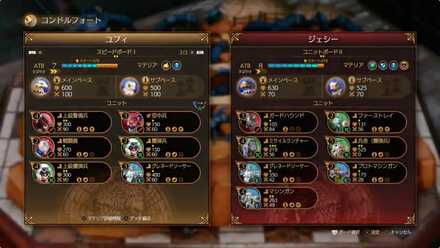 More powerful units will have higher ATB costs, and if your loadout only has high costs units, you will be unable to quickly deploy a low cost unit to save you in a pinch. While it does also depend on the opponent's loadout, it's generally a good idea to have a mix of both higher and lower cost units.

Be sure to understand your units' special characteristics

Each unit has special properties, such as attacking from the air, or being quick but fragile, etc. You can view the characteristics of your units when editing your loadout, so pick your units wisely, being mindful of what type of units your opponent intends to use.

Make use of the different boards

Along with editing your loadout, you also have the option to select the board for a game, which determines things such as your starting ATB, as well as the Materia spells at your disposal. Materia in particular will have a large effect, since it can grant use to powerful attacks and support, and using these spells at the end of battle can help you secure a victory. Note that spells can only be used once per battle, so the timing of when to use them is crucial!

How to Beat Fort Condor on Hard Mode

Victory only comes from taking out the Headquarters

Unlike Normal and Easy mode, where you could win by taking out more outposts before time ran out, you have to take out the opponent's Headquarters in order to win on Hard Mode. Winning by stalling out the opponent will not work here, so focus on beating them through sheer firepower.

Using this loadout, you should be able to reliably take nearly out all opponents on Hard Mode. As the Guard Dog is low cost and will go straight for the tower, you can lay it on the front line of battle to help win quicker. Units like Armored Shock Trooper and Blast-Ray will act as tanks for slowing down the enemy.

Note: The following videos have the language set to Japanese, although the strategy for each opponent should be the same.

How to Beat Jessie (Rank 2)

How to Beat Chadley (Rank 4)

Protecting the Armored Shock Trooper is the key

From the start, Chadley will send units to the left route, so place the Armored Shock Trooper on this route, and make use of both Barrier and Cure to raise the defense of it and other units that follow. As your ATB fills, continue throwing units to the left side, and you will be able to obtain a swift victory.

Very few units will be sent to the right side, and when one appears, simply deploy a ranged unit over there to stop it in its tracks.

How to Beat Johnny (Rank 5)

How to Beat Jessie (Rank 5)

How to Beat Chadley (Rank 5)

Keep the points listed above in mind while battling Chadley. Leave taking out the tower to the Guard Dogs, and use Armored Shock Troopers and Blast-Rays to distract the enemy units deployed.

If you have ATB to spare, spawning other low cost units for support is okay too, but at the very least, always prioritize getting out these three main units.

Obtain rewards for each opponent

Note: By defeating all of the available NPCs, NPCs of the next rank will appear

How to Unlock the Game, Set, Master Trophy

Beating all opponents from Rank 1 to Rank 4 on either easy or normal will earn you the Game, Set, Master Trophy. For help with beating all opponents, see our load outs and video strategy guides for each opponent in the section below!

How to Unlock the Condor Queen Trophy

Beating all Rank 5 opponents on Hard difficulty will earn you the Condor Queen Trophy. In order to play on Hard mode, you will first need to complete both the game and DLC.

For help with beating all opponents, see our load outs and video strategy guides for each opponent in the section below!

How to Unlock Fort Condor 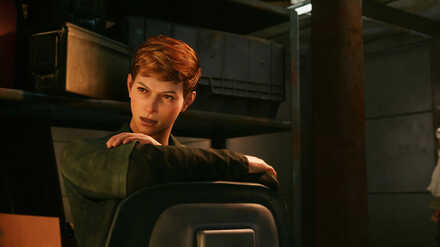 Fort Condor is unlocked after arriving at Avalanche's HQ in Slums Sector 7 and speaking with Polk. Polk will give you a starter set, and from there, the tutorial will begin.

See more comments (12 Comments)
Opinions about an article or post go here.
Opinions about an article or post
We at Game8 thank you for your support.
In order for us to make the best articles possible, share your corrections, opinions, and thoughts about "Fort Condor Guide: How to Beat Hard Mode" with us!
When reporting a problem, please be as specific as possible in providing details such as what conditions the problem occurred under and what kind of effects it had.