This is a guide to farming and getting Gil (money) in the game Final Fantasy Crystal Chronicles (FFCC). Learn how to make as much money as possible and get rich quick with our handy guide!

Materials like Mythril and Orichalcum can be obtained fairly early on, and sold for a high profit.

Orichalcum can be obtained at a high frequency from the Behemoths in Conall Curach, and will yield a whopping 5,000 Gil each time.

It's possible to sell Scrolls you don't need as well, but don't forget that creating multiple characters is important for leveling up all the shops in Tipa, so it's best to avoid selling the Scrolls even if they don't match your character's race. 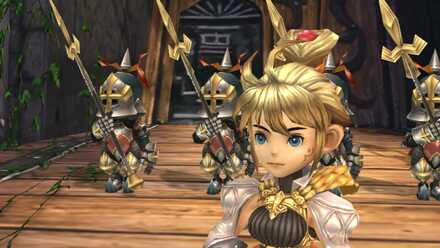 It may be a bit out of your way, and it's not exactly a “farming” method, but the Missing Princess Sidequest will net you a whopping 100,000 Gil in a single go.

This one depends on your playing preferences, but if you just want to get money fast with no qualms, you can boost your in-game money in exchange for a little good ol' out-of-game money.

The Enchanted Wallet Item allows you to pick up Gil at an increased rate from enemy encounters. The exact rate is to be confirmed, but with this Accessory equipped, you can play through dungeons normally and as long as you defeat enemies normally, you'll never want for extra cash.

All DLC Items and How to Buy

After Completing the Game 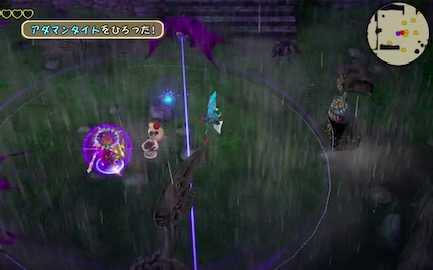 The Post-Game Dungeon Rainy Ruins, a souped-up version of Rebana Te Ra, has a Treasure Chest near the entrance which yields rare post-game only Materials. As this Dungeon is extremely difficult, simply enter the Dungeon, open the Chest while dodging enemies' attacks, and leave the dungeon. You'll keep the Material even if you die and continue after getting it, so you don't need to waste your Phoenix Downs either.

The Treasure Chest will contain either Electrum or Adamantite, which sell in Shops for 10,000 Gil or 15,000 Gil, respectively.

This method requires finishing the game, so the barrier to entrance is a bit high, but it will be a boon for crafting new Weapons and Equipment in the post-game.

Register as a member and get all the information you want. (It's free!)
Login
Opinions about an article or post go here.
Opinions about an article or post
We at Game8 thank you for your support.
In order for us to make the best articles possible, share your corrections, opinions, and thoughts about "How to Farm Gil | Money Making Guide" with us!
When reporting a problem, please be as specific as possible in providing details such as what conditions the problem occurred under and what kind of effects it had.