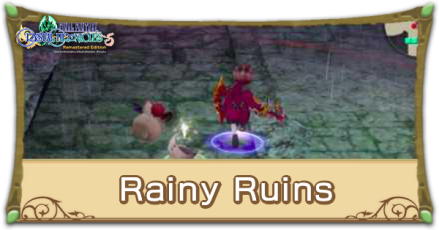 This is a guide to the dungeon Rainy Ruins in Final Fantasy: Crystal Chronicles Remastered Edition (FFCC). Read on to see our guide about Rainy Ruins and a list of all obtainable items, artifacts, scrolls, and monsters you can encounter in this dungeon on each cycle. 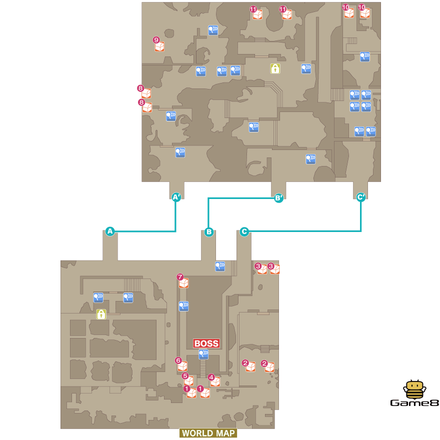 Time Helm is exclusive to Yukes.

While we do recommend investing in Slow Resistance, we also warn that not too much slow resist equipment should be equipped as your defense stat will suffer from equipping low end gear that resists slow. Stop Resistance, however, is critical so make sure that you have a valkyrie equipment ready before tackling the Rainy Ruins.

A dungeon where every enemy puts up a fight 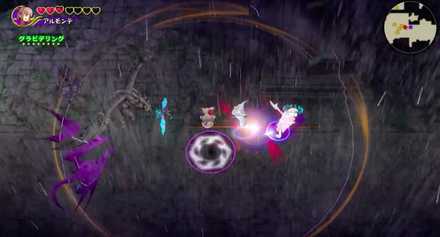 ▲Stuck in the middle from Slow and Stop

When one enemy is attacked, other enemies will suddenly appear as if summoned, and you'll end up having to face off against four or five of them regardless of your care. On top of that, they'll generally require Gravity to knock down, so if your spellcasting is too slow, you won't get a chance to attack in the first place.

If your stats are too low, you're better off doing some grinding and crafting first, as you likely won't get too far charging in headfirst.

Slow and Stop Resistance are Essential 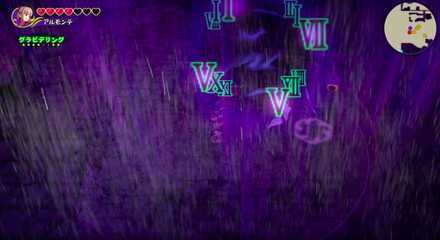 Slow and Stop are the daily special here, so you'd better have a +2 Resistance to them before giving this one a go. Since Flying-type enemies are everywhere, you'll be relying on Gravity essentially, and Slow and Stop will make it that much harder to cast. Bring a Resistance.

No changes to the gimmicks or routes 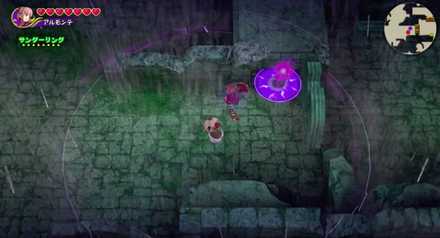 The gimmick of hitting the switches to continue, and the positions of the enemies holding the Keys are the same. The number of Treasure Chests has decreased, but the actual positions do not seem to have changed. 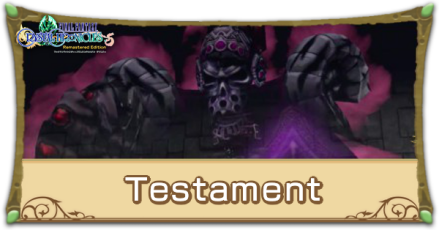 How to Beat Testament

Table D only appears if you get a high amount of bonus points.

Mimic Feature and All New Skins

There are no Scrolls found here.

Register as a member and get all the information you want. (It's free!)
Login
Opinions about an article or post go here.
Opinions about an article or post
We at Game8 thank you for your support.
In order for us to make the best articles possible, share your corrections, opinions, and thoughts about "Rainy Ruins Dungeon Walkthrough" with us!
When reporting a problem, please be as specific as possible in providing details such as what conditions the problem occurred under and what kind of effects it had.