New Game Plus Guide: Difficulty and What Carries Over | Last of Us 2 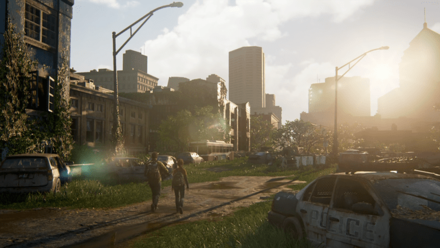 New Game Plus is back in The Last of Us Part II, available upon completing the game. Read on to find out what is different about this mode, New Game Plus Difficulty, and what carries over into New Game+!

Is There a New Game Plus?

New Game Plus is a mode originally introduced in the first Last of Us. New Game Plus was unlocked once you completed the main game for the first time. New Game Plus would allow you to replay the game, except you will be able to retain all upgrades you had gained in your first playthorugh, allowing you to focus on other upgrades in the second playthrough. Using NG+ was crucial for certain trophies which require you to obtain all upgrades.

New Game Plus makes a return in the Last of Us 2, allowing you to replay the game without losing any progress with your upgrades.

What Carries Over Into New Game Plus?

During the Jackson chapter, only your pistol and rifle are available. However, all weapons will become available when Ellie reaches Seattle.

The weapon upgrades you obtain throughout the game will be retained in NG+, so you won't lose all that hard work you put into your artillery. An important thing to note though is that you will not start off will all of your weapons, so rather, they will have upgrades ready once they are all picked up after arriving in Seattle.

How to Customize Weapons

HP, Listen Mode Distance, Heal Speed, etc. are a few of the “stats” that Last of Us has. These can be upgraded via supplements. If you are looking to boost all of these to max, it will be very hard to do in a single playthrough, but much easier in NG+, since you will retain all of these upgrades as well.

In addition, the training manuals that give you each skill branch do not need to be picked up again.

Collectibles are carried over, so you do not need to pick up ones from the first run again if you are going for 100% completion. Collectibles can be picked up a second time in NG+, although they are already added into your total, so it is not necessary if you have already gotten them once. There is also a setting in Options that will show an icon over previously collected collectibles.

All Collectibles and Locations

The difficulty for the New Game Plus has been changed. Before, you could only play on certain difficulty levels when you finished the main game.

Now, all the difficulties are available to choose from. They also added a Custom difficulty setting where you can customize difficulty for different aspects of the game, such as Players, Enemies, Allies, Stealth, and Resources.

Is New Game Plus Worth It?

While Many games will allow you to accomplish everything within one play through, The Last of Us 2 will not have enough resources to upgrade everything in one go, making your upgrade choices in your first play through very important. This will also increase the replayability of the game, as New Game Plus is great for completionists who cannot put the controller down until they've maxed out every upgrade and cleared the hardest difficulty.

Game Length | How Long is The Last of Us Part II?

Our veridict: NG+ is worth if you are a completionist and want to get all upgrades and trophies, or if you want to find a way to clear higher difficulty levels by balancing them with better upgrades.

The Last of Us 2 Tips and Tricks

You're wrong in the Collectibles and Weapons part. Even though it shows that you only have X amount in the NG+ run, it adds the previously missed to the list of the already collected. Also all weapons become available once you're in Seattle, you just don't have them for the Jackson Part

Register as a member and get all the information you want. (It's free!)
Login
Opinions about an article or post go here.
Opinions about an article or post
We at Game8 thank you for your support.
In order for us to make the best articles possible, share your corrections, opinions, and thoughts about "New Game Plus Guide: Difficulty and What Carries Over" with us!
When reporting a problem, please be as specific as possible in providing details such as what conditions the problem occurred under and what kind of effects it had.