Revolver: Location and Best Upgrades | Last of Us 2 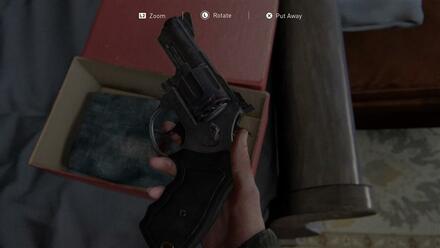 Best Upgrades for the Revolver

Stability will make landing those critical headshots much more easy, making this powerful gun even more deadly. After that, damage is your go-to upgrade, as being able to take down foes even if you don't hit them in the head is a big help.

Reload speed is less important than the other two, so save it for third. Since you'll mainly be using the revolver to one-shot foes, fire rate is rather unimportant, and should only be upgraded if you have extra parts to spare. Maybe save this upgrade for your second playthrough.

How to Use the Revolver

While headshots are important for any gun you use, this is especially true for the revolver, due to its low fire rate. However, this gun does pack a punch, and after upgrading the damage output, it can usually one-shot runners and hunters, even if you do not shoot them in the head.

Generally, it is good for smaller crowds, and since it is more accurate than the pistol, it is better at a medium range. It is very effective on human foes, since they are less likely to rush at you, and as mentioned above, they can be one-shotted even without head shots. For battling hordes of charging runners, the pistol will usually be a safer option due to its quicker fire rate.

How to Get the Revolver 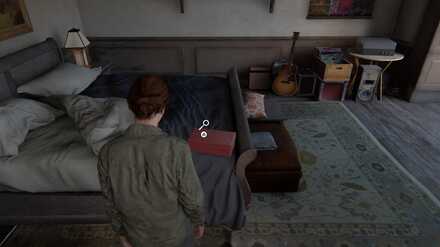 In Jackson - Packing Up, you will have a chance to explore the house before leaving for Seattle. Go upstairs and look on the bed to see a box. On the inside, the revolver sits and waits for you.

Register as a member and get all the information you want. (It's free!)
Login
Opinions about an article or post go here.
Opinions about an article or post
We at Game8 thank you for your support.
In order for us to make the best articles possible, share your corrections, opinions, and thoughts about "Revolver: Location and Best Upgrades" with us!
When reporting a problem, please be as specific as possible in providing details such as what conditions the problem occurred under and what kind of effects it had.