Alice: Age, Voice Actor, and Backstory | Last of Us 2

Alice is a dog owned byt the WLF that appears in The Last of Us Part II (TLoU 2). This page will explain Alice's backstory, voice actor, and how old Alice is. 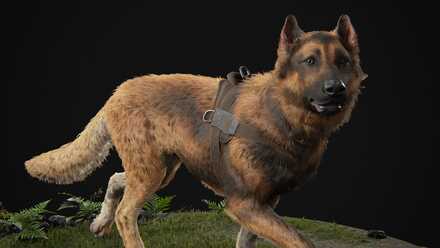 Little is known about Alice's background. Alice was one of the K9 units issued in the WLF and is mostly called upon by the members of the Salt Lake Crew, especially by Abby, Mel, and Manny.

What Happens to Alice?

Alice was taken out for a mission when Abby, Manny, and Mel went out to patrol. During the patrol, Alice was able to save Abby from a Clicker that tried to attack her when she was trapped under the broken shelves inside the warehouse.

Later in the game, Alice was brought to the Aquarium by Mel when she went AWOL and is helping them guard the Aquarium. When Abby left the Aquarium to go to the Hospital, she was killed by Ellie when Alice found Ellie breaking in the Aquarium through the vents.

Register as a member and get all the information you want. (It's free!)
Login
Opinions about an article or post go here.
Opinions about an article or post
We at Game8 thank you for your support.
In order for us to make the best articles possible, share your corrections, opinions, and thoughts about "Alice: Age, Voice Actor, and Backstory" with us!
When reporting a problem, please be as specific as possible in providing details such as what conditions the problem occurred under and what kind of effects it had.