How to Stealth Kill | Stealth Tips | Last of Us 2 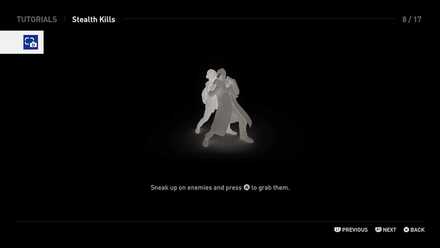 Learning how to conserve ammo and take out your enemies quietly through stealth kill essential to survival in the Last of Us Part II. Read on for stealth tips and how to use this mechanic.

How to Stealth Kill

Stealth Kill is a mechanic that was featured in the first Last of Us, and is once again back in the sequel. It can be executed by first getting very close behind an enemy without being detected, then grabbing them and finishing them off with a stealth kill. Unlike guns, which will draw attention from other enemies and expose your location, stealth kills are quiet, allowing you to strategically take out enemies one by one.

After getting behind an enemy, press the △ button to grab them. Afterward, press the □ button to use a stealth kill. Assuming you were successful, the enemy will be killed instantly, and you can pick up whatever items they may have been holding. Note that you can change the buttons you do this action with via the Options setting.

For stealth killing to work effecitively, it should come as no surprise that you should avoid having your cover blown. If you stealth kill one enemy right in front of another enemy facing your direction, they will be aware of your presence, which defeats the purpose of using a stealth kill.

Here are a few tips to help you make the most of this type of attack. 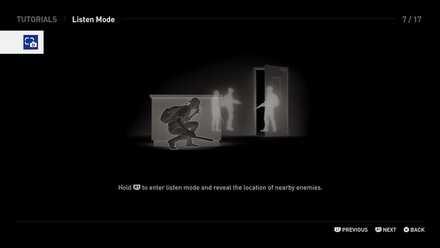 Before going into a room where you suspect enemies are in, hold R1 to enter Listen Mode. This will allow you to detect where each enemy is, and figure out which ones you need to avoid being spotted by. 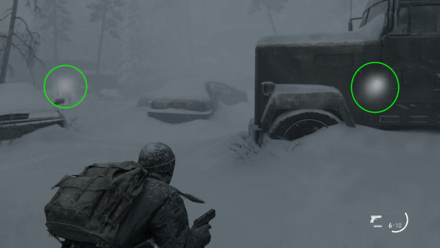 In listen mode, enemies can be spotted as white blurs, which are often moving.

How to Use Listen Mode

Sneak up behind enemies while crouched 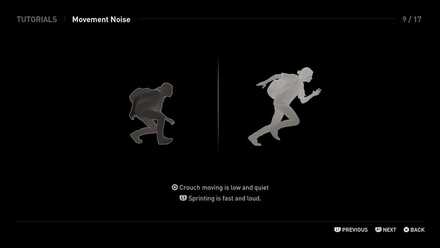 Crouching will make you very slow, but also extremely quiet when compared to walking normally. On the other hand, holding L1 and sprinting lets you go fast, but you will be heard by your enemies. When you want to stealth kill your enemies, approach them from behind after pressing the crouch button (○) so that they don't hear you coming up from behind. 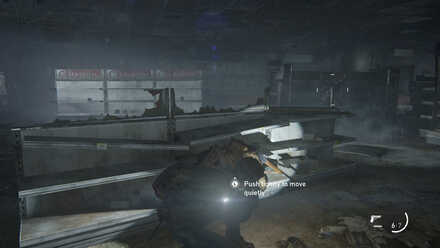 For some enemies, like runners, simply moving while crouched is enough to catch them by surprise. Clickers have a better sense of heating, so you will have to sneak up on them by lightly holding the stick forward.

Hide behind obstacles when approaching 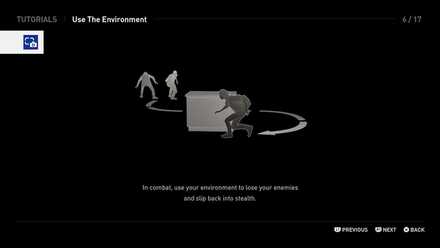 In addition to crouching, using obstacles such as cars, furniture, or anything else lying around, is a great way to get the upper hand on your foes. Since foes are normally moving, staying close to and looping around these objects can keep you from getting spotted.

When there are multiple enemies in the same vicinity, the order you stealth kill them in is very important. Usually, your enemies will be moving, but some of them (such as when fighting multiple infected) will remain still. Watch their movements, and base the order you will attack in appropriately.

As a rule of thumb, save the enemies who seem to not move for last. The moving enemies are the ones you should aim for first, since getting them out of the way will allow you to easily take out the remaining enemies.

When dealing with several enemies that move around, be sure and observe them for a bit before rushing in for the kill. Most moving enemies follow a pattern, so watching them allows you to pick up on this and wait for the best opportunity to strike, or stealth kill another enemy once they are at a distance where they won't spot you. 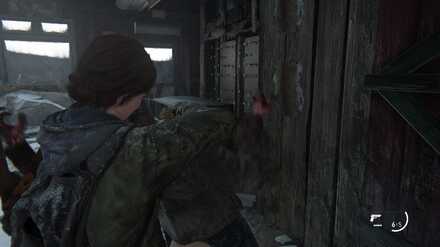 The most obvious benefit to stealth killing is that it allows you to take out an enemy without using up any ammo. Ammo can be scarce (especially on higher difficulties), so rather than using it recklessly, you can save it for when you need it and take care of unalerted enemies without wasting resources.

An important point about stealth killing is that it will not cause you to lose your shiv, unlike the first Last of Us where stealth skills could only be done if you had a shiv made in advance (which had a limited number of uses, and meant that simply running past enemies was often the best option). In TLoU2, you don't need to worry about shivs breaking, so feel free to stealth kill every enemy you can! 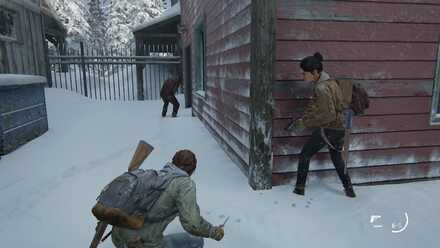 While sneaking up on an opponent and taking them up certainly requires an element of strategy, it will allow you to avoid combat, where you could potentially take damage or even die. Unless you just prefer to play by shooting down everything in your path (which, given the lack of ammo, is not always possible), sneak kills are the simple way to take out enemies blocking your path.

Of course, there are times when Stealth Kills will not be ideal, or even possible. Once an enemy is aware of your presence, stealth killing is no longer an option, and you'll have to instead deal with them the old fashioned way (via combat).

Register as a member and get all the information you want. (It's free!)
Login
Opinions about an article or post go here.
Opinions about an article or post
We at Game8 thank you for your support.
In order for us to make the best articles possible, share your corrections, opinions, and thoughts about "How to Stealth Kill | Stealth Tips" with us!
When reporting a problem, please be as specific as possible in providing details such as what conditions the problem occurred under and what kind of effects it had.