Isaac: Age, Voice Actor, and Backstory | Last of Us 2

Isaac is a new character appearing in The Last of Us Part II (TLoU 2). This page will explain Isaac's backstory, voice actor, and how old Isaac is. 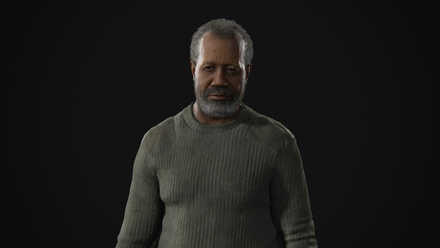 Isaac is a leader of the WLF, and the one responsible for the attack on the Seraphite island. He appears in only 2 parts of the game, but his role in the story is still very important. He appears to be a brutal leader, as he is first seen torturing a Seraphite, and later seen willing to shoot a Seraphite that was a child.

What Happens to Isaac?

During the last part of Seattle Day 3 as Abby, Isaac finds Abby alongside Lev. Isaac tells Abby to move out of the way of Lev so that he can shoot him. Abby refuses, pleading him to let Lev go since he is just a kid. Right before Isaac can pull the trigger to shoot them, he is shot in the back, presumably dying instantly.

Register as a member and get all the information you want. (It's free!)
Login
Opinions about an article or post go here.
Opinions about an article or post
We at Game8 thank you for your support.
In order for us to make the best articles possible, share your corrections, opinions, and thoughts about "Isaac: Age, Voice Actor, and Backstory" with us!
When reporting a problem, please be as specific as possible in providing details such as what conditions the problem occurred under and what kind of effects it had.