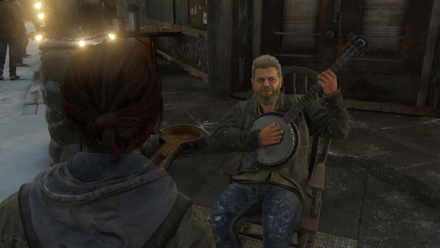 This is a guide to all Easter Eggs found in the Last of Us 2. Find out what each Easter Eggs is a reference to, what chapters they are in, and where you can find them.

This easter egg is a reference to the engraved ring that Nathan Drake wears in the Uncharted game series. You can find this ring inside one of the drawers in the bank vault during the Chapter Seattle Day 1 - Downtown.

Precursor Orbs from Jak and Daxter

This easter egg is a reference to the Precursor Orbs in the Jak and Daxter game series. You can find this relic on the second floor of the King Street Relics building during the Chapter Seattly Day 1 - Hostile Territory in Abby's portion of the game.

This easter egg is a reference to the Vice President of Naughty Dog, Neil Druckmann. You can find this trading card inside a drawer at the top floor of a wrecked building during the Chapter Seattle Day 1 - Downtown.

Gustavo Santaolalla was instrumental (pun intended) in TLoU2's soundtrack. He can actually be found in Jackson - Waking Up, playing banjo on a porch. Although he doesn't have any lines in-game, and his name is not outright said, it is visible via the model viewer, and the resemblance is uncanny.

A small reference to one of Naughty Dog's flagship titlesーCrash Bandicootーis made during a short interaction in the Jackson - Patrol section of the first chapter, after finding Eugene's secret farm under the library.

Ellie and Dina uncover a couple of Eugene's adult videos, and one of them has the title 'Smash Brandy's Cooch', which is an obvious play on the title of the previously mentioned 'Crash Bandicoot'. 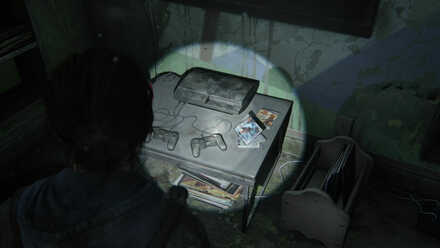 This easter egg is a reference to Sony's Playstation 3. You can find this easter egg inside Eugene's room at the library during the Chapter Jackson - Patrol. 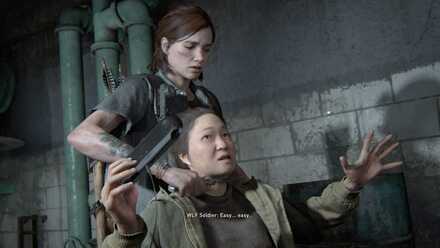 Did we miss anything? If you think you have uncovered another Easter Egg in The Last of Us 2 not shown here, feel free to share in the comments!

Register as a member and get all the information you want. (It's free!)
Login
Opinions about an article or post go here.
Opinions about an article or post
We at Game8 thank you for your support.
In order for us to make the best articles possible, share your corrections, opinions, and thoughts about "All Easter Eggs in The Last of Us Part II" with us!
When reporting a problem, please be as specific as possible in providing details such as what conditions the problem occurred under and what kind of effects it had.