This is a guide to AP grinding in Final Fantasy 7 Remake (FF7R). Here we will explain how to farm AP fast, as well as early game and mid game AP farming spots. If you need help leveling up materia, read on to find out more!

How Do You Farm AP?

Use a weapon with many Materia Slots 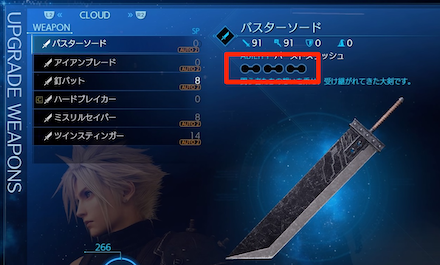 Only Materia equipped to your weapons and armor will receive AP, so for the most efficient AP grinding, you'll need to use equipment with lots of materia slots. All weapons can be upgraded to have 6 materia slots, but armor can have a varied amount of slots, so pick whichever has the most.

There is no equipment with extra AP Growth

Unlike the original FF7, where some weapons or armor had better AP growth than others, none of the equipment in FF7 has an effect on AP growth. Therefore, there is no reason not to go with the most slots.

After clearing the story, you'll be able to gain three times the normal amount of AP from enemeis. You'll get this bonus regardless of the difficulty you have the game set to, so switch to easy and grind AP at three times the speed.

Use the AP Up Materia for even faster AP farming

Use the AP Up Materia linked to whatever materia you'd like to level up the fastest. The Pedometer Materia can be found outside Aerith's house toward the start of Chapter 14, and you'll have to take 5,000 steps with it equipped to gain the AP Up materia.

Equip the Pedometer materia and progress as normal, or run around in circles for a few minutes if you want the AP Materia right away! (You could even use rubber bands to hold your two sticks in one direction to keep your character moving while you waitーbut don't blame us for any controller issues!)

Repeat Chapter 16 up to entering the Shinra Building

The fastest and most efficient method to farming AP involves playing Chapter 16 repeatedly up to the point where you enter the Shinra Building. You will simultaneously gain 12,354 Exp. (24,798 with the Exp. Up Materia), so this sequence is great for farming gil, Exp, as well as AP, all at the same time.

How to Level Up Fast | Best Exp Farming Guide

Use Triple Slash whenever your ATB is ready 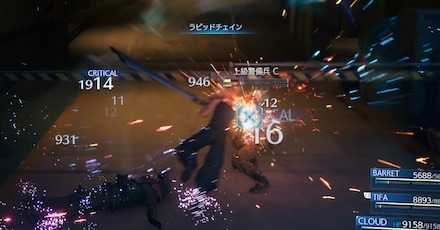 Using Cloud's Triple Slash ability will let you attack (and usually take out) three enemies immediately. Since you will naturally stagger a ton of enemies, equipping First Strike and ATB Stagger is also very useful, since they will allow you to continuously gain more ATB.

Use the Magnify and Fire Materia to blast through human enemies 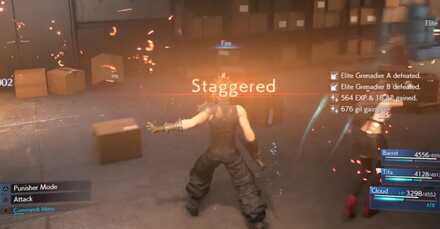 Since most of the Shinra enemies are humans and thus weak to fire, equip Fire and Magnify together in your materia slots to get through this sequence as fast as possible. This will be especially useful against shielded enemies.

Complete all of the Odd Jobs

If you want to farm AP from the start, we recommend taking on the Odd Jobs. You'll be able to unlock items and materia through these Side Quests, allowing you to both gather better equipment and level up your materia.

As long as you fight the enemies that come up on your path, and you do the Odd Jobs, there isn't much of a need to grind AP. There aren't too many super great methods of grinding AP in the beginning either, so the best advice is just to progress through for now.

Midway through the game, you'll gain access to the Corneo Colosseum in chapters 8 and 14. This is an excellent method for grinding AP. If you plan on doing this, we recommend choosing the two party members vs Slum Outlaws challenge, then use Triple Slash to rush through it.

>>11 What is feather accessory?

>>7 The chapter 16 strat allows you to have 3 players, that's 9 more materia you can be leveling up at the same time.

Register as a member and get all the information you want. (It's free!)
Login
Opinions about an article or post go here.
Opinions about an article or post
We at Game8 thank you for your support.
In order for us to make the best articles possible, share your corrections, opinions, and thoughts about "AP Farming Guide | Best Way to Farm AP Fast" with us!
When reporting a problem, please be as specific as possible in providing details such as what conditions the problem occurred under and what kind of effects it had.