This is a guide to leveling and level grinding in Final Fantasy 7 Remake (FF7R). If you are unsure of where the best place to level up quickly is (including leveling up Materia), what the level cap is, and how the leveling system works in FF7 Remake, read on to learn everything you will need.

Use the Odd Jobs to your advantage 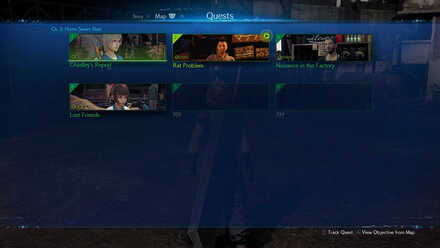 The best way to level up quickly is to complete the Odd Jobs side quests.

★ Definitely take on quests where you need to take out a certain kind of enemy!

Completing quests like Nuisance in the Factory or others where you need to fight with monsters is an easy way to earn some extra Exp. These quests only require you to defeat enemies to beat them, so you'll be able to complete the quests and obtain the rewards, while simultaneously leveling up in the process. During these quests, enemies will usually continuously respawn, so you can just continuously take them out without defeating the main target to farm Exp.

Set your difficulty to Easy

For level grinding, you should set the difficulty to Easy. The enemies will be much easier to take down, reducing any risk of you dying when trying to level up. The Exp and AP you gain doesn't differ between Easy and Normal modes, so if your main goal is increasing your level quickly, this is the easiest way to do it!

After completing the main story, you will be able to earn 2x Exp and 3x AP when defeating enemies. If you want to get to level 50, its much easier from the second playthrough, so first try and clear the main game at least once.

★ Materia like AP Up can be used to farm Exp / AP

On top of the bonuses from the second playthrough, they will stack with materia bonuses from AP Up and Exp. Up, so using these bonuses simultaneously is key.

★ Go with the 1st Battle of the Shinra Combat Simulator

If you select the Shinra Combat Simulator in Chapter 17 on your second playthrough, you can level up extremely fast (after the battle with 4 Unknown Entities). The first battle can be cleared extremely easily by just mashing the attack button, and it is pretty short, so this is a fantastic way to level up quickly.

You can use the Combat Simulator in Chapter 16 as well, but if you are using Chapter Select, it takes quite awhile from the start of the chapter before you can actually get to it, so we recommend Chapter 17 instead.

Repeatedly play the start of Chapter 16 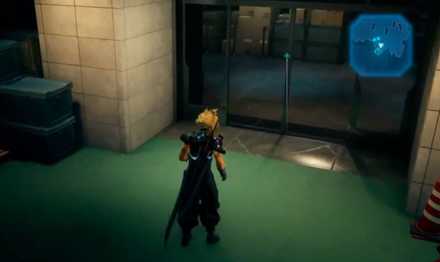 After clearing the game, you can use Chapter Select to go Chapter 16, and repeatedly fight the enemies that appear in the first area to easily farm tons of Exp. Use Cloud's Triple Slash to take out multiple enemies at a time, and when fighting shielded foes, have Magnify+Fire equipped to easily crush them. By completing this first battle with all of the enemies, you will earn around 10,000 Exp., and it will take about 4 minutes. After beating them all, boot up the Chapter Select screen, select Chapter 16, then rinse and repeat.

These values only include the bonuses for your second playthrough, but if you go in with materia like Gil Up, EXP Up, or AP Up, these numbers will increase even more.

Gil Farming Guide | How to Get Gil (Money) Fast

About the Leveling System

The Level Cap is at Level 50 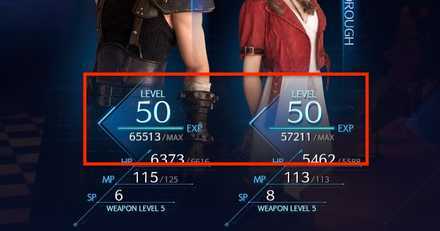 The level cap of FF7 Remake is at Level 50. A possible reason for this could be the fact that FF7 Remake is only part one of the full FF7 Remake, so future installments would become too easy if you were starting from level 100. 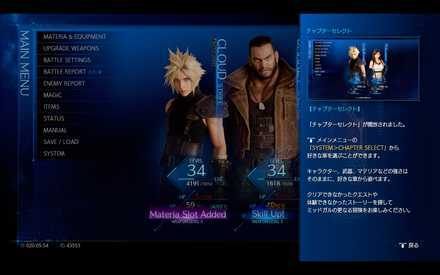 For the most part, there is no reason to level grind on your initial playthrough. You will usually level up enough to defeat whatever comes in your way during the main story, so maxing your level is only for those who really enjoy 100% playthroughs, or those who want to take on Hard Mode.

★ You'll normally be about level 30 ~ 40 when clearing the story

You'll usually be about level 30 to 40 when completing the game. As long as you are around this range, you shouldn't have any problem beating the whole game.

Register as a member and get all the information you want. (It's free!)
Login
Opinions about an article or post go here.
Opinions about an article or post
We at Game8 thank you for your support.
In order for us to make the best articles possible, share your corrections, opinions, and thoughts about "How to Level Up Fast | Best Exp Farming Guide and Grinding Spots" with us!
When reporting a problem, please be as specific as possible in providing details such as what conditions the problem occurred under and what kind of effects it had.