This is a guide to fights in the Corneo Colosseum, in Final Fantasy 7 Remake (FF7R). This page will explain the battles that appear in this area, as well as Colosseum Rewards, strategy, and difficulty. If you can't beat the colosseum, read on to learn how!

What is the Corneo Colosseum?

Get various rewards for completing battles 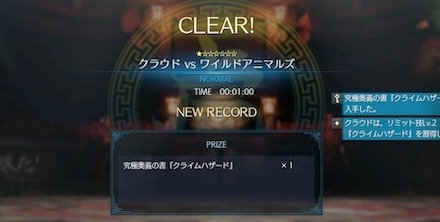 The Corneo Colosseum is a battle arena in Wall Market which can be cleared to receive unique rewards. The rewards that you receive don't change based on your game's difficulty setting, so you can play whatever level feels most comfortable for you. 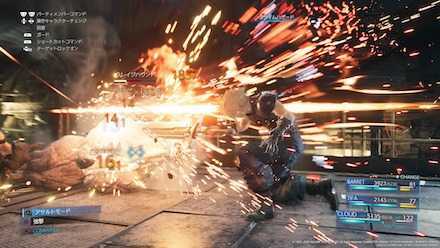 Every party member can obtain a “Legacy” Manuscript here, which is needed to teach them a new limit break. Keep in mind that even after unlocking these new Limit Breaks, you'll need to change them under Battle Settings to use them.

Can be accessed in Chapter 9 and Chapter 14

A series of 5 battles where you cannot use items

In the Corneo Colosseum, you will have to fight five battles in a row without the use of items, You'll get recoveries like HP 50%, MP 30%, but you won't be able to use items to recover mid battle, so make sure you don't exhaust all of your MP.

You can take down the Lesser Drakes pretty quickly hitting them with magic to make them fall down. Since Lightning magic never misses, equip whatever character you are using with Lightning beforehand to make much easier work of them.

Difficulty is not so bad

The foes in these battles don't have that much HP, and none of them have any particularly devastating attacks, so it isn't too hard of a battle. You can also get through it pretty quickly, so it is great for grinding levels, or trying to pick up extra items.

Watch out for the red-haired Bandit's trap!

The red-haired Bandit foe will set up an electric trap, and if you touch it, you'll be unable to move temporarily, which will put you in a very dangerous position. While the trap is set, keep your distance and fight other enemies.

Cover the Huntsman from the front and behind

Since the Huntsman will block your attacks with his heavy shield, you'll need to cover both sides of him to effectively attack. He is also rather weak to magic, especially fire, so use this to make quick work of him. If you are using Cloud, you can also go into punisher mode and block his attacks for a powerful counterattack!

In order for us to make the best articles possible, share your corrections, opinions, and thoughts about 「Corneo Colosseum Rewards and Battle Challenges | FF7 Remake」 with us!