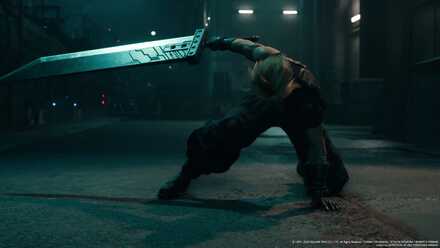 This is a list of equipment found in the game Final Fantasy 7 Remake (FF7R), as well as Intergrade's INTERmission DLC for PS5. Equipment including Weapons, Armor, and Accessories will greatly influence your characters' stats, be sure to brush up on your knowledge of equipment here. 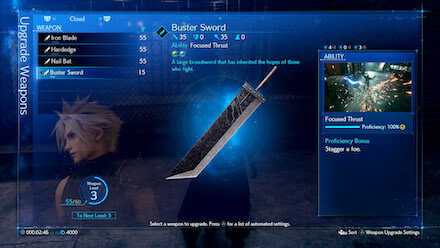 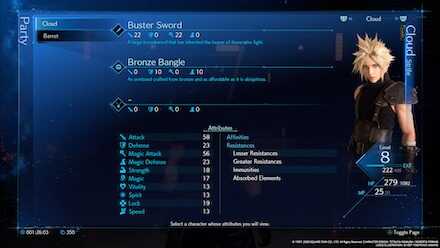 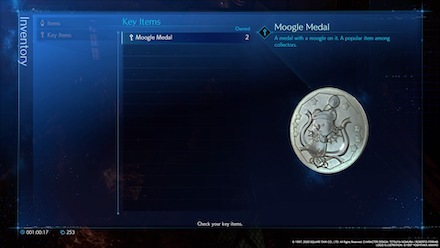 Weapons in FF7 Remake are classified into those used by Cloud, Barret, Tifa, and Aerith. While some weapons have a high Attack power, other weapons have extra Materia slots, and still others will have powerful weapon skills available through Upgrade Weapon. Learn about the different kinds of weapons, how to obtain them, and how useful they are for leveling up Materia on each weapon page below.

Unlike weapons, Equipment items classified as Armor are not specified to a single character. Armor with unique characteristics such as boasting multiple Materia slots in addition to the boost added to a character's defensive stats. Learn about the kinds of Armor, their properties, and how to obtain them on each Armor page below.

Equipment items classified as Accessories include mainstays such as the Ribbon, which prevent most status effects, as well as ones that boost certain stats, and others. Learn about the different kinds of Accessories, their properties, and how to acquire each Accessory on the pages below.

Register as a member and get all the information you want. (It's free!)
Login
Opinions about an article or post go here.
Opinions about an article or post
We at Game8 thank you for your support.
In order for us to make the best articles possible, share your corrections, opinions, and thoughts about "List of Equipment (Intergrade Updated)" with us!
When reporting a problem, please be as specific as possible in providing details such as what conditions the problem occurred under and what kind of effects it had.