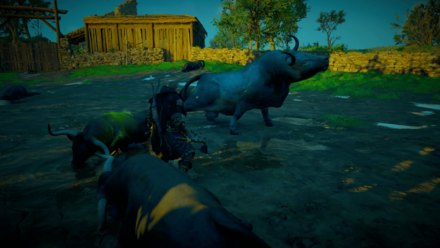 This is a guide for the Legendary Animal Aelfred's Battle-Sow in Suthsexe for Assassin's Creed Valhalla (AC Valhalla). Read on to find more about this dangerous beast.

The Battle-Sow can be found southwest of Croindene and east of the island Briggsworth. The beast is inside of a low stone wall surrounding a couple of bulls. Aelfred's Battle-Sow is a big white bull that you have to fight inside a large arena. Fighting the bull itself isn't too difficult — the herd of other bulls nearby is what complicates matters.

Stick to the Sides 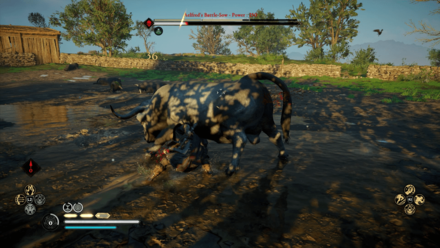 The bull has three attacks that you can easily avoid: a swipe with its horns, a rear kick, and a charging swipe. Sticking to the bull's flank allows you dish out five or six hits before it turns to face you.

Away From the Herd 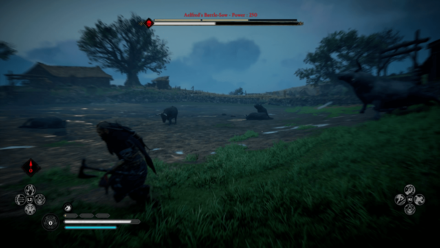 If you can manage, try to lead the bull further away from the herd. This makes it so that accidentally hitting one of the smaller bulls doesn't make them all aggressive towards you. 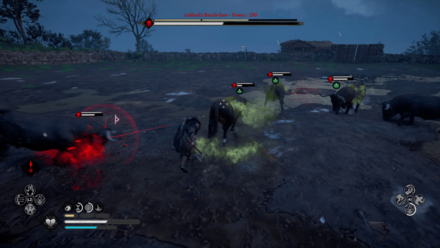 The herd will eventually become a nuisance. You may choose to aggressively go after the herd itself first. Skills like Miasma are particularly useful here due to its damage output over an area.

Register as a member and get all the information you want. (It's free!)
Login
Opinions about an article or post go here.
Opinions about an article or post
We at Game8 thank you for your support.
In order for us to make the best articles possible, share your corrections, opinions, and thoughts about "Aelfred's Battle-Sow Legendary Animal Guide" with us!
When reporting a problem, please be as specific as possible in providing details such as what conditions the problem occurred under and what kind of effects it had.