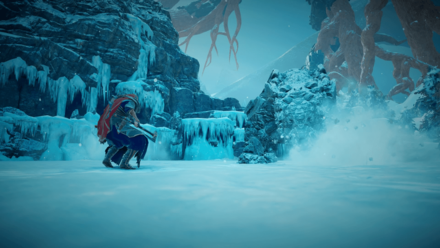 This guide is for the Legendary Animal - Steinnbjorn in Assassin's Creed Valhalla (AC Valhalla). Read on to learn the tips and tricks to beat this dangerous beast.

Steinnbjorn can be found just north of the Serpent's Tree in Jotunheim. The arena in which you fight this beast is raised up above ground level. 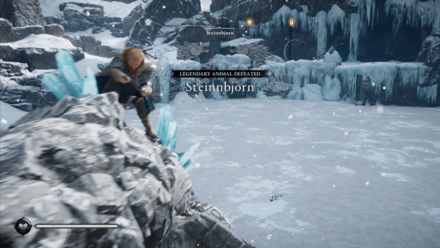 This beast is perhaps the biggest and deadliest of all the Legendary Animals.

With a power level of 400, Steinnbjorn is meant to be beaten by those already done with the main quests of the game and have reached high power levels themselves. 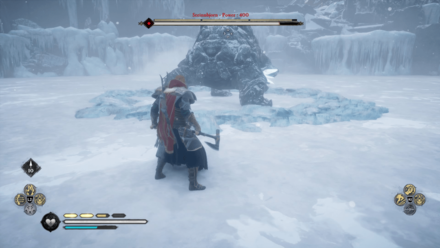 A few times in your battle, Steinnbjorn may raise the ground beneath you both which causes great damage.

When you notice it rise up on two legs, move and dodge away to avoid taking hits. 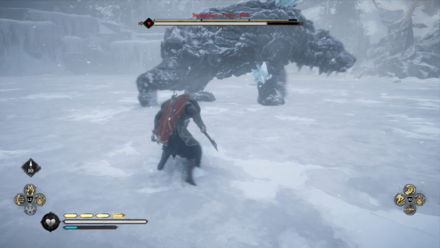 Like many other Legendary Animals, its a wise decision to try and keep to the back of Steinnbjorn. However, due to its ability to perform massive sweep attacks, fighting from behind the beast's back is no longer a guaranteed safe choice. 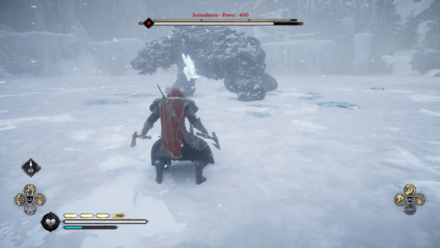 There are several Ice Crystals that can be found all over Steinnbjorn's body. Managing to hit them with ranged or physical attacks reduces a good amount of Steinnbjorn's health. 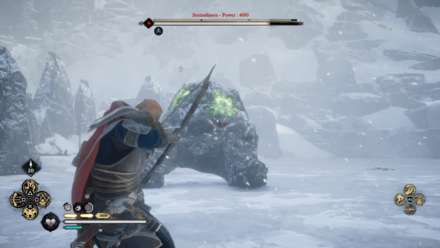 One added bonus to staying behind Steinnbjorn is that you can easily shoot arrows towards its weak spots whenever it stands up to deliver one of his circular area attacks.

Back to Legendary Animals Top Page

Register as a member and get all the information you want. (It's free!)
Login
Opinions about an article or post go here.
Opinions about an article or post
We at Game8 thank you for your support.
In order for us to make the best articles possible, share your corrections, opinions, and thoughts about "Steinnbjorn Legendary Animal Guide" with us!
When reporting a problem, please be as specific as possible in providing details such as what conditions the problem occurred under and what kind of effects it had.