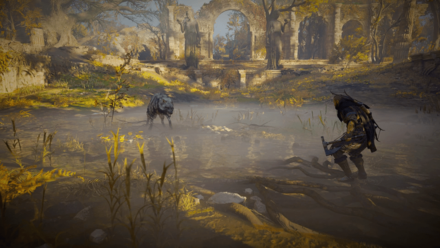 This is a guide for the Legendary Animal Gemad-Wulf in Lincolnscire for Assassin's Creed Valhalla (AC Valhalla). Read on to find more about this dangerous beast.

Located inside of a large square in a ruin south of the Humbre River, entering the location quickly begins the fight against this wolf. 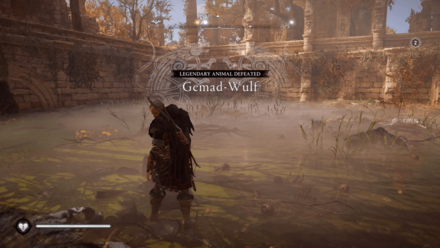 Fighting the Gemad-Wulf is a test of timing and patience. The beast likes to move around, bringing with it a pack of wolves for you to defeat when you've dealt enough damage to it. 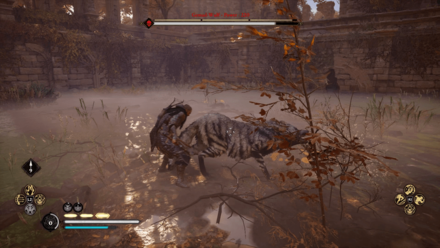 The wolf is quite agile. Simply sticking to its side to get some hits in might leave you vulnerable to its attacks. Despite needing some time to rear its head back in preparation for a strike, the wolf can adjust where it wants to hit, so make sure to stay behind it.

Exploit Its Lack Of Range 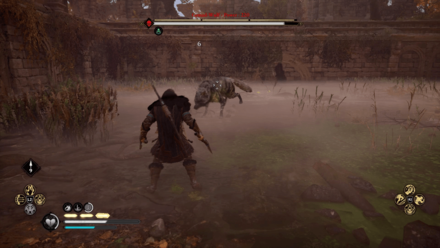 One drawback for the wolf with its agility is that it lacks the leaping abilities that extend its attacks. Simply dodging backwards when it strikes is enough to avoid damage. 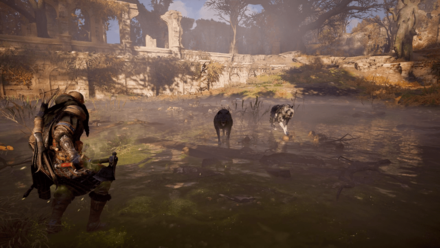 When you deal it enough damage, Gemad will call upon other wolves to strike you. It is best that you take care of them as quickly as possible so that you can focus more on the Gemad-Wulf itself. Be careful for when it attempts to attack you from above.

Register as a member and get all the information you want. (It's free!)
Login
Opinions about an article or post go here.
Opinions about an article or post
We at Game8 thank you for your support.
In order for us to make the best articles possible, share your corrections, opinions, and thoughts about "Gemad-Wulf Legendary Animal Guide" with us!
When reporting a problem, please be as specific as possible in providing details such as what conditions the problem occurred under and what kind of effects it had.