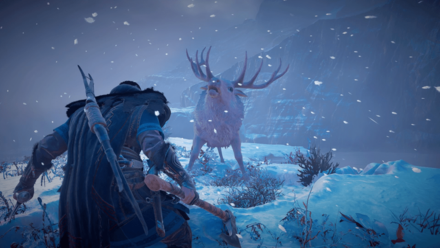 This is a guide for the Legendary Animal Elk of Bloody Peaks in Rygjafylke for Assassin's Creed Valhalla (AC Valhalla). Read on to find more about this dangerous beast.

As its name suggests, the Elk can be found at the peak of a mountain. Slightly west of Fornburg in Rygjafylke, you will find a mountain with a pond at its top. Climb the mountain and meet the Elk there for battle. 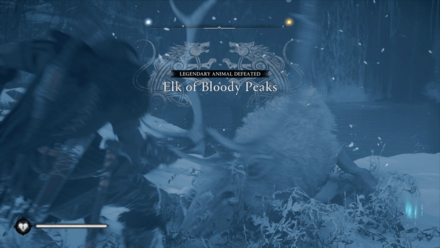 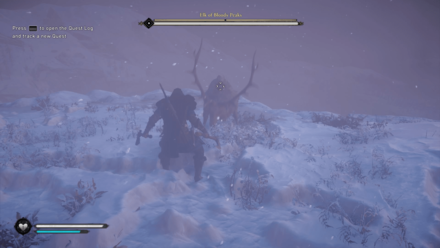 A majority of the beast's attacks are through the use of its antlers. The Elk itself is rather big, and so is the range of its attacks. Unless you bring its health down low enough, much of the Elk's attacks can be blocked easily. 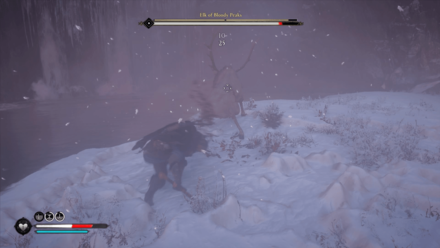 One effective way of voiding the Elk's ability to attack you with its antlers is by attacking it from behind when it charges. Doing so will either force the Elk to turn to you or kick you with its back feet. 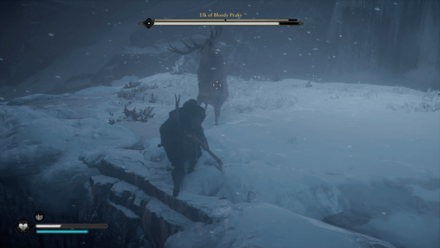 All of the Elk's attacks have a short window of time where it prepares before going in to attack. Take this time to move out of the way, or if you intend to block, then make sure that it has actually begun its attack before pressing the block button.

Back to Legendary Animals Top Page

Register as a member and get all the information you want. (It's free!)
Login
Opinions about an article or post go here.
Opinions about an article or post
We at Game8 thank you for your support.
In order for us to make the best articles possible, share your corrections, opinions, and thoughts about "Elk of Bloody Peaks Legendary Animal Guide" with us!
When reporting a problem, please be as specific as possible in providing details such as what conditions the problem occurred under and what kind of effects it had.