This is a guide will show you how to get Condor Coins in Final Fantasy 7 Remake (FF7R) Intergrade's INTERmission DLC for the PS5. Learn what Condor Coins are used for, as well as the best way to farm them.

What Are Condor Coins?

Condor Coins will be earned as you defeat opponents in Fort Condor along the way to becoming the Grandmaster. By talking to Old Snapper, located just outside of the Avalanche HQ, you can trade them in for new boards and units, allowing you to build more powerful loadouts to take on opponents! Additionally, Old Snapper allows you to trade these Condor Coins for regular items, like Mega-Potions and Phoenix Downs as well!

Note that new boards and units are added to the Condor Coin Shop as you defeat opponents of higher ranks.

Note that some boards will be obtained for free by defeating all opponents of a specific rank.

How to Farm Condor Coins

First defeat all Fort Condor Opponents on Easy or Normal

Condor Coins are earned each time you defeat a Fort Condor opponent. By simply defeating all of the opponents once, you will be able to get enough coins to purchase most of the boards and units in the shop. 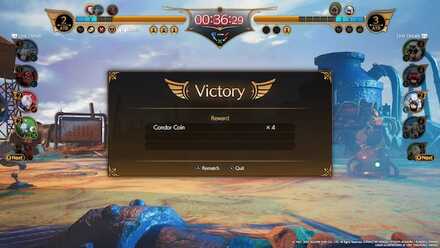 After clearing all of the opponents once, you will still be a few Condor Coins short of being able to purchase everything. If you want to get all of the units and boards (or if there is a unit or board you want to buy earlier on), simply replay Level 1 or Level 2 opponents until you have enough coins to buy everything. We recommend battling Johnny several times, as he is very easy, and each victory earns you another Condor Coin. You can also battle Jessie, as she is also rather easy, and each battle will earn you two Condor Coins.

When done on hard mode, defeating an opponent for the second time earns you 4 Condor Coins, although they will be much harder on this difficulty, so we recommend sticking to easy or normal.

In order for us to make the best articles possible, share your corrections, opinions, and thoughts about 「How to Farm Condor Coins | FF7 Remake Intergrade」 with us!