How to Change Difficulty | FF7 Remake

Change it in the System Menu

Open up the Menu. Select Options -> Gameplay -> Difficulty . From there, choose the difficulty you would like the game to change to.

After Completing the Game, Choose it on Chapter Select 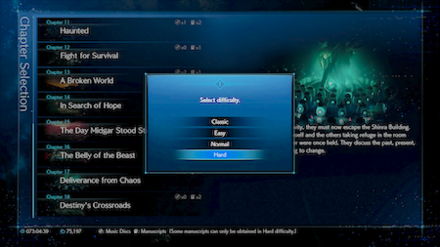 After you've completed the main story once, you'll unlock the Chapter Select feature. When you jump to a chapter, you'll have the option to select its Difficulty setting, including the Hard difficulty option.

Classic Mode caters to old school fans that have enjoyed the original game. While in Classic mode, Cloud automatically attacks and defends. This allows the player to focus on inputting commands rather than be pressured by the new combat system.

Classic Mode can also be used if the player simply wishes to enjoy the story and / or boss battles as cloud can easily breeze through normal enemies in Auto Mode. The difficulty of enemies encountered while in Classic Mode is the same in Easy Mode.

What is Classic Mode? 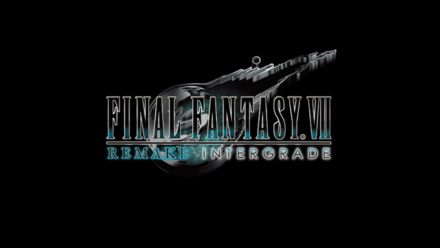 Additional difficulty settings will be available for FF7R Intergrade's Classic mode. The PS4 version's Classic mode enemies were equivalent to Easy mode in terms of HP and difficulty.

Although a nice inclusion, many players saw this mode as simply too easy, with enemies dying before players can even give a command. Developers have heard the feedback and have included a Normal mode equivalent for Classic mode in Intergrade.

For newer fans who want to enjoy the story. Easy mode severely weakens the enemies allowing the player to breeze through the game without running into major obstacles in the battles. Recommended for first timers and players who are less familiar with action games.

The recommended mode for strategic players and fans of action games. Normal Mode forces the player to learn the fundamentals of the game such as issuing commands to allies, changing party members, utilizing every character's specialties, and even running away.

Normal Mode is a big step up from Easy Mode, so if you're having some trouble, try checking our guides to leveling up and farming AP and Gil to get an edge over your opponents.

Unlocked after clearing the main story once on any difficulty setting, Hard Mode is nothing to scoff at. On top of facing much tougher versions of the foes you already faced, you'll also be bound by new limitations.

Register as a member and get all the information you want. (It's free!)
Login
Opinions about an article or post go here.
Opinions about an article or post
We at Game8 thank you for your support.
In order for us to make the best articles possible, share your corrections, opinions, and thoughts about "How to Change Difficulty" with us!
When reporting a problem, please be as specific as possible in providing details such as what conditions the problem occurred under and what kind of effects it had.