How to Open Doors and Chests | Fire Emblem: Three Houses

Doors can be beneficial or harmful to your party. Having the ability to open doors is a good way to control the state of the battle in some areas.

Chests are commonly found in battlefields. They are locked by default and contain items that will prove beneficial for your army. Make sure to always open treasure chests to make your characters stronger!

How to Open Doors and Chests

Keys are items used to open locks in the game. They are pretty cheap, so you can buy them in the market place and equip them to your units before starting the battle.

Purchase Keys in the Market 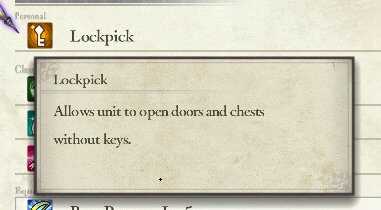 Class Abilities like Locktouch is an easier and cheaper way to open doors and chests. Locktouch can be equipped by reclassing your units to a Thief or an Assassin. Similarly, Ashe's Lockpick ability provides the same effect as Locktouch, so if you have Ashe in your party, Doors and Chests will be really easy to open.

Carrying a key in your inventory and giving it out to units that are near chests using Convoy is a good method to opening doors and chests. Just make sure that Byleth is near your party members to be able to do this!

Register as a member and get all the information you want. (It's free!)
Login
Opinions about an article or post go here.
Opinions about an article or post
We at Game8 thank you for your support.
In order for us to make the best articles possible, share your corrections, opinions, and thoughts about "How to Open Doors and Chests" with us!
When reporting a problem, please be as specific as possible in providing details such as what conditions the problem occurred under and what kind of effects it had.