List of Songs and Where to Listen | Miitopia Switch 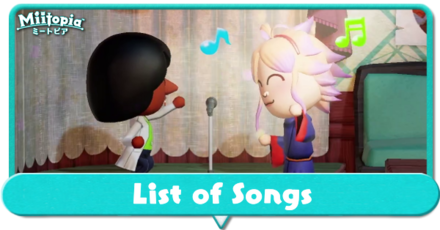 This guide will show you how to listen to the music of Miitopia on the Nintendo Switch. Read on to see the full list of songs, as well as how to access them within the game.

The Music Adds Excitement to Your Journey 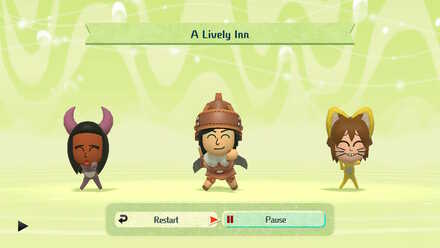 The Music section in Miitopia is a library of incidental music that can be heard during various events in the game. They help elevate your experience and add excitement to your journey.

Where to Listen to Music in Miitopia? 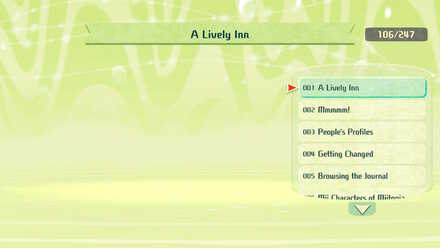 You can listen to specific songs in Miitopia by opening the Menu and selecting Records. Go to Journal after and then press Music to see the list of unlocked songs in the game.

To unlock more songs, you have to hear the music first during gameplay before they are recorded in the Journal.

There are a total of 247 tracks in the Nintendo Switch version of Miitopia, compared to the DS version which had 204. New tracks were added to compliment the new gameplay mechanics in the Switch version such as Outings and the Horse.

Note: The tracklist below is incomplete, as we are still searching for the remaining tracks. We will update this page as soon as we have found new songs in the game. 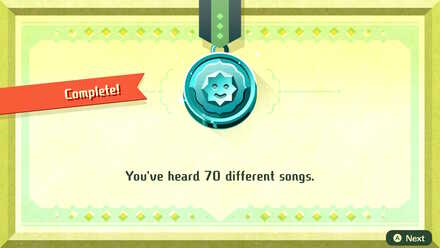 You can unlock Medals by collecting songs. There are three Music-related milestones to cross in the game:

How to Unlock All Medals

Register as a member and get all the information you want. (It's free!)
Login
Opinions about an article or post go here.
Opinions about an article or post
We at Game8 thank you for your support.
In order for us to make the best articles possible, share your corrections, opinions, and thoughts about "List of Songs and Where to Listen" with us!
When reporting a problem, please be as specific as possible in providing details such as what conditions the problem occurred under and what kind of effects it had.