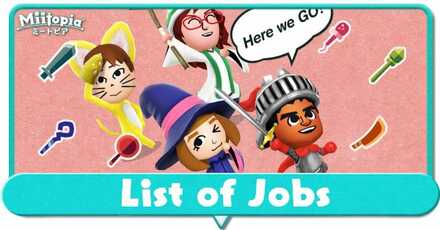 This is a guide for all the Jobs in Miitopia on Switch. Read on to learn more about each available Jobs in the game, as well as tips on choosing the best Job for you!

Here are the Miitopia jobs available on Chapter 1.

Here are the Miitopia jobs available after Chapter 1.

Here are the Miitopia jobs available after Chapter 2.

Here are the Miitopia jobs that are hidden from the start.

Here are Miitopia jobs available on Chapter 1 and their descriptions.

Here are Miitopia jobs available after Chapter 1 and their descriptions.

Here are Miitopia jobs available after Chapter 2 and their descriptions.

Here are the Miitopia jobs that are hidden from the start and their descriptions.

Here are the list of jobs available in Miitopia and their descriptions on Chapter 1.

What to Know When Choosing a Job

Choose Whatever Job You Want 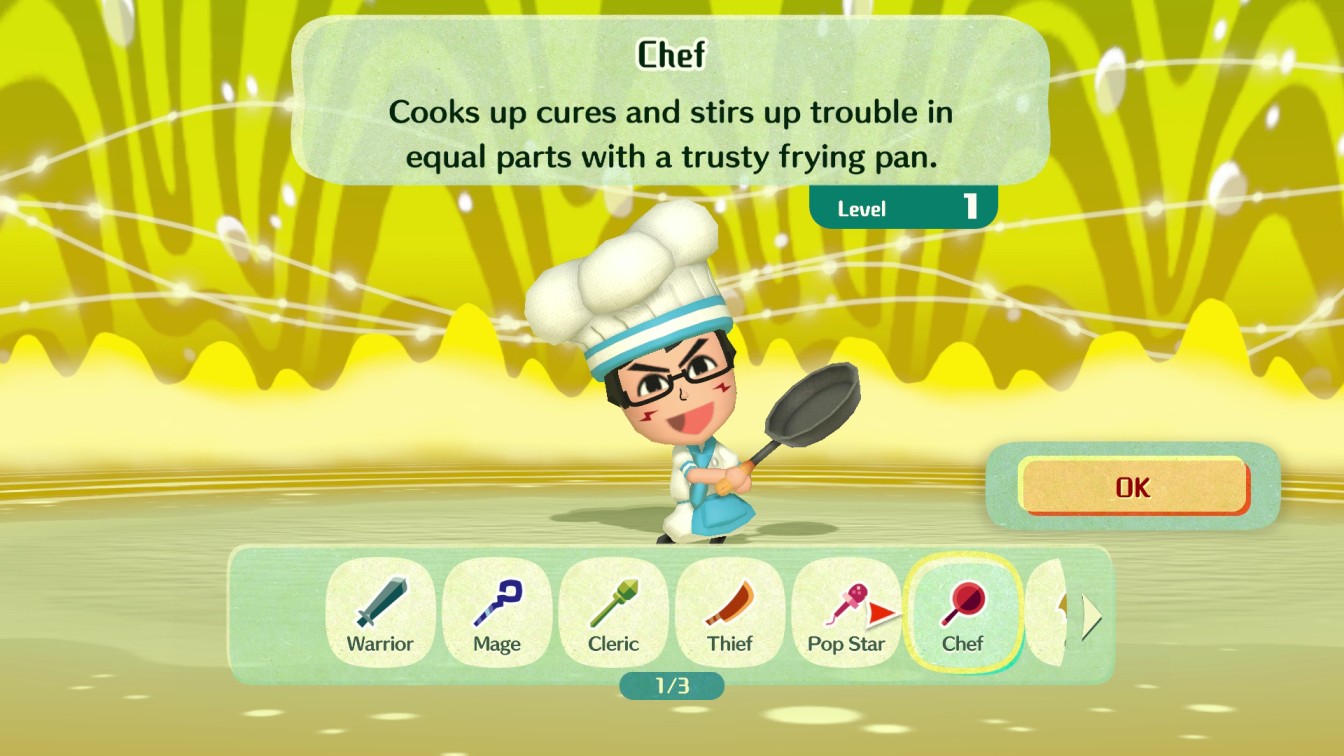 Miitopia itself isn't a hard game, so you can choose whatever Job and Personality that you prefer. Select from a variety of Miitopia Jobs that suits the Mii you're making!

You're Forced to Change Jobs Twice During the Main Story

The Dark Lord seals away your powers when you clear Greenhorne, and again after clearing Neksdor, so this forces you to change jobs twice fairly early on. This benefits you, as it allows you to experience a few different Job types before locking in your choice of Job to fight the Dark Lord in Karkaton. After clearing this area, you will now be able to change into any Job of your choice.

Weapons and Outfits (armor) are essential for strengthening the Attack and Defense stat of your Jobs. Each Job has its own set of Weapons and Armor and you or your teammate will start at the base level of both Weapons and Armor after being given a Job. These equipment can be purchased with Gold at the Hotel, won at Roulette, or found at Chests across the map.

What is the Best Job? 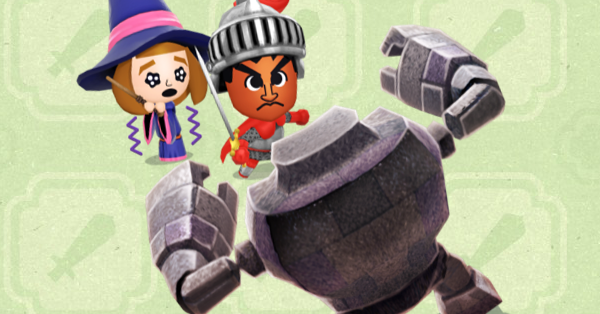 The Cat is commonly considered to be best Miitopia job choice for the Hero of the main game. The skills it unlocks at higher levels are either powerful hitters or extremely helpful for replenishing stats. It's unlocked fairly early on as well, so you can grind it out well in advance before the endgame.

For the best Miitopia jobs for a team member, the Warrior is a classic choice you can't go wrong with. Since you can't directly control your allies, you'd want a dependable Job such as the Warror to consistently deal out attacks. The Scientist is another great addition to any party, as it boasts strong speed and attacking power. Both are unlocked fairly early on in the game.

Are There New Jobs in Miitopia Switch? 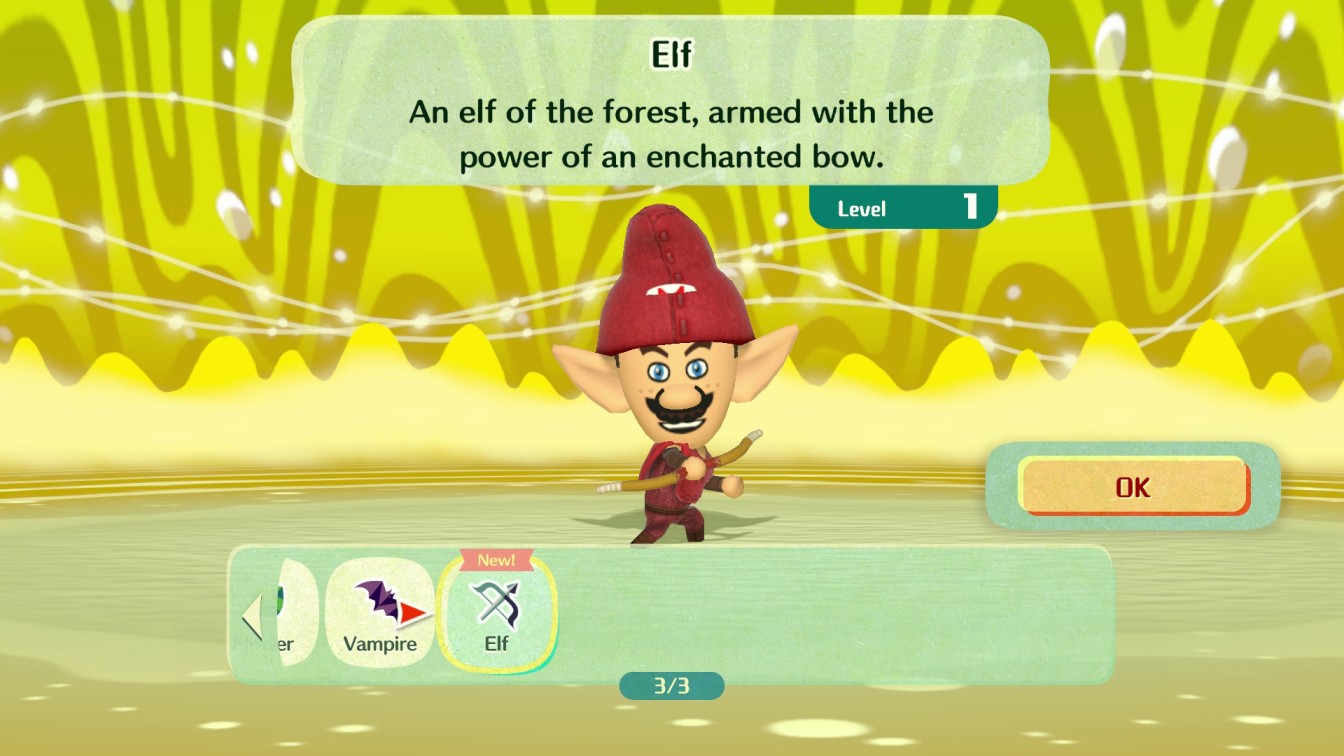 Register as a member and get all the information you want. (It's free!)
Login
Opinions about an article or post go here.
Opinions about an article or post
We at Game8 thank you for your support.
In order for us to make the best articles possible, share your corrections, opinions, and thoughts about "List of All Jobs (Classes)" with us!
When reporting a problem, please be as specific as possible in providing details such as what conditions the problem occurred under and what kind of effects it had.