Game Review: Is Miitopia Worth It? | Miitopia Switch 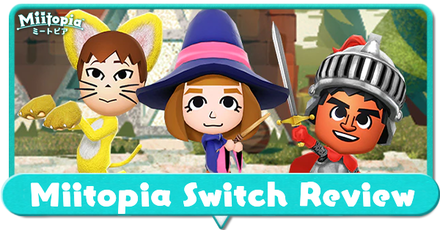 This is Game8's complete Game Review for Miitopia on the Nintendo Switch. Learn what we thought of the game, whether it's worth buying Miitopia for the Switch, and what type of players will best enjoy it.

How are you enjoying Miitopia?

A Remaster of a 3DS RPG

Forget Wii Sports – in Miitopia, the Miis are going to the big leagues! Create a team of unique Miis on a grand quest across the realm to take down a Dark Lord. With a variety of jobs to choose from, and full sets of unlockable equipment and skills for each, Miitopia is an RPG in every sense of the word. Originally released for the 3DS, Miitopia has returned to the Nintendo Switch with new features, but is still the same game at its core.

Our Thoughts on Miitopia

Game8 writers with no experience with the 3DS game

The Character Creation is very flexible, almost too flexible 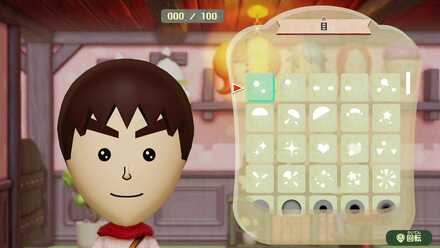 Without a doubt, the Character Creation system known in-game as “makeup” is the main draw of the remaster. Over 100 parts are available to attach to your Mii, so players who get into it can spend one or two days making their perfect Mii. Far beyond friends and family, players can make characters from their favorite anime or games, or essentially any character that exists.

In one sense, the potential of the system is so high that it becomes unwieldy for novices, and first-timers may find that the character they're trying to create doesn't quite... turn out.

The Horse is powerful, almost too powerful 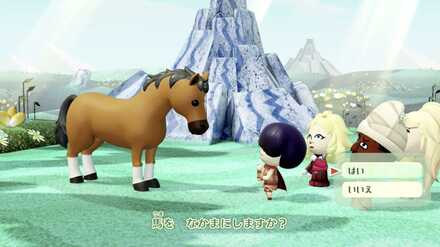 This time, a Horse will join your party during the first chapter. Like other teammates, characters can improve their Relationship with the Horse, unlocking new skills which multiply their offensive potential.
There are no downsides to using the Horse, so its presence simply serves to make the game easier as a whole.

Enjoyable by all ages

The standout characteristic of Miitopia is its relaxation factor – it's almost impossible to feel stressed while playing this game. It's true that the difficulty has decreased, but this can make the game easier for kids to play and enjoy without struggling at hard bosses.

Still, players who are looking for a challenging experience may find themselves a bit unsatisfied in this regard.

Game Length: How Long to Beat?

The main story up through defeating the Darker Lord takes an estimated 15 to 20 hours. Our team was able to do it in around 15 hours when rushing the game, so players who take their time will likely take around 20 or more hours finshing it.

Register as a member and get all the information you want. (It's free!)
Login
Opinions about an article or post go here.
Opinions about an article or post
We at Game8 thank you for your support.
In order for us to make the best articles possible, share your corrections, opinions, and thoughts about "Game Review: Is Miitopia Worth It?" with us!
When reporting a problem, please be as specific as possible in providing details such as what conditions the problem occurred under and what kind of effects it had.