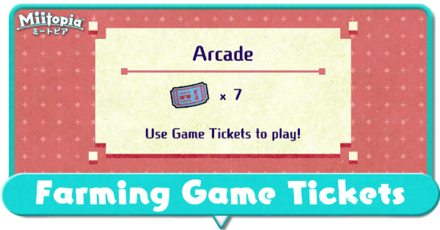 This is a guide on how to farm Game Tickets in Miitopia on Nintendo Switch. Read on to know what Game Tickets are for and how to get as many of them as possible!

What Are Game Tickets? 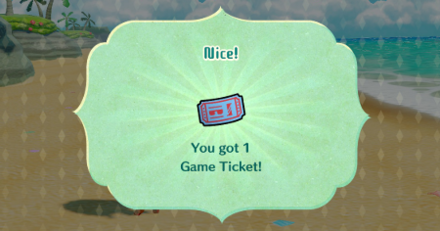 Game Tickets are a useful resource in Miitopia which can be used to play in the Arcade. The Arcade itself has two minigames: the Roulette and Rock Paper Scissors. In order to play these, you will need at least 1 Game Ticket.

And given that the Roulette does award some rare resources such as rare Grub and free Outfits for your characters, amassing Game Tickets is one way to make your characters powerful in the game!

How To Farm Game Tickets

The easiest (although, not really the most recommended) is using Amiibos. In order to unlock this feature in Miitopia, you will need to find the first Nintendo fan in Greenhorne. After that, with each Amiibo you use to get a character in the game, you earn 3 Game Tickets. If you have a good collection of Amiibos already, then, you can easily farm Game Tickets as early as Chapter 1!

However, given that most Amiibos are expensive and actually offers very little to make the game more entertaining other than having the likeness of that character, this method is not really recommended.

Farm Game Tickets via The Quizmaster 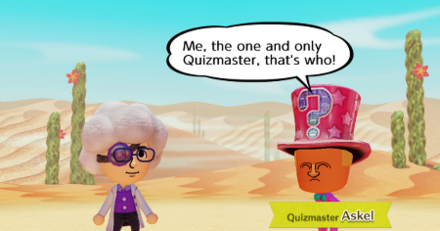 For those who have progressed further in the game, at certain dungeons, you can encounter The Quizmaster who will give you several challenges. Some of these challenges include Game Tickets as a prize. While it is not constant, with some luck, The Quizmaster can be your regular source of Game Tickets. 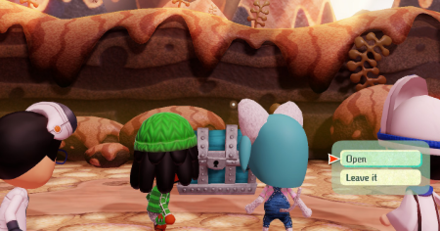 The most reliable source of Game Tickets are in dungeons and finishing quests. In dungeons, you will find a lot of treasure chests, some of which contain Game Tickets. Other quests on the other hand also award Game Tickets.

Register as a member and get all the information you want. (It's free!)
Login
Opinions about an article or post go here.
Opinions about an article or post
We at Game8 thank you for your support.
In order for us to make the best articles possible, share your corrections, opinions, and thoughts about "How to Farm Game Tickets" with us!
When reporting a problem, please be as specific as possible in providing details such as what conditions the problem occurred under and what kind of effects it had.