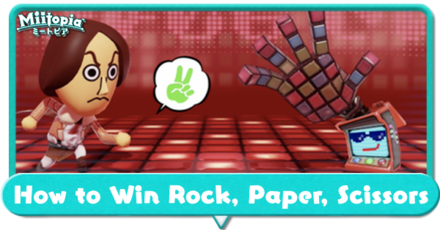 This is a guide on how to win the Rock Paper Scissors minigame in Miitopia for the Nintendo Switch. Read on to learn more about the rewards that you can win, if there is a trick, cheat or hack to win at Rock Paper Scissors, as well as strategies for the minigame.

How to Play Rock Paper Scissors

Playable Inside the Inn 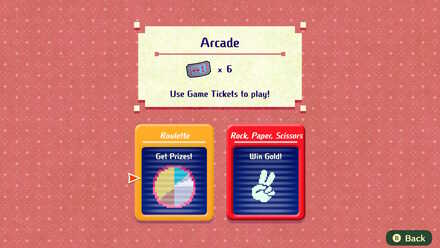 Base Gold Reward Increases As You Progress Through the Game

The amount of Gold you win from Rock, Paper, Scissors increases as you progress through the game. The base Gold reward starts at 500G during early game, and caps at 3000G at the later stages of the game.

Upon winning a round of Rock, Paper, Scissors, you will be asked if you want to take a chance to double your rewards. Winning consecutive rounds will double your Gold reward per win. You can play up to 5 consecutive rounds in a row, for up to 16 times the original reward amount. Do take note that if you lose in the middle of your streak, you will get no reward at all.

The table below breaks down the Gold reward of Rock, Paper, Scissors:

Is There a Trick or Cheat to Win?

No Known Trick or Cheat Exists

Unfortunately, there is no tried-and-tested trick or cheat of winning every round of Rock, Paper, Scissors. While it was initially suspected that the hand gestures the robot makes before revealing its hand would hint at which hand it was going to use, it turned out that it had no effect on whatever hand it will use in the end.

Your chances of winning in this game are pretty rocky, so it's highly recommended that you use your game tickets on the Roulette instead.

Register as a member and get all the information you want. (It's free!)
Login
Opinions about an article or post go here.
Opinions about an article or post
We at Game8 thank you for your support.
In order for us to make the best articles possible, share your corrections, opinions, and thoughts about "Rock Paper Scissors Strategy Guide: Is There a Trick?" with us!
When reporting a problem, please be as specific as possible in providing details such as what conditions the problem occurred under and what kind of effects it had.