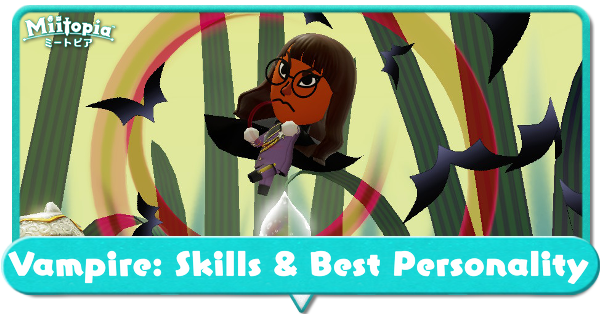 This is a guide for the Vampire Job in Miitopia for the Nintendo Switch. Read on to learn how to unlock the Vampire, skills, weapons, outfits, and best personality to use with the Vampire Job!

How to Unlock Vampire in Miitopia 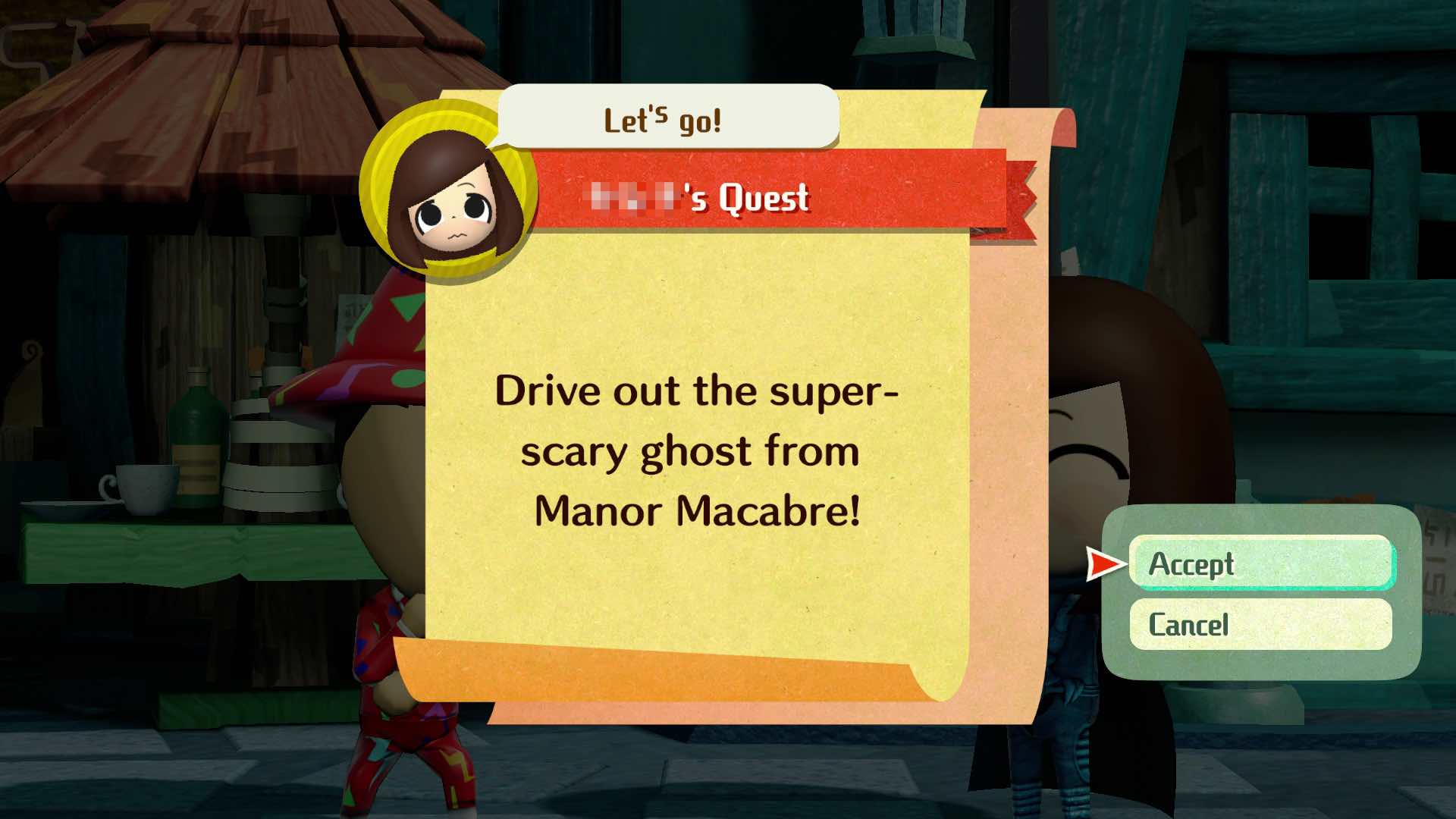 Vampires will be released when you clear the quest “Keep scary ghosts out of the haunted house!” requested in the Traveler's Hub. The apperance of the character who requests this quest seems to be random, so you'll need to simply continue completing Quests until it appears. 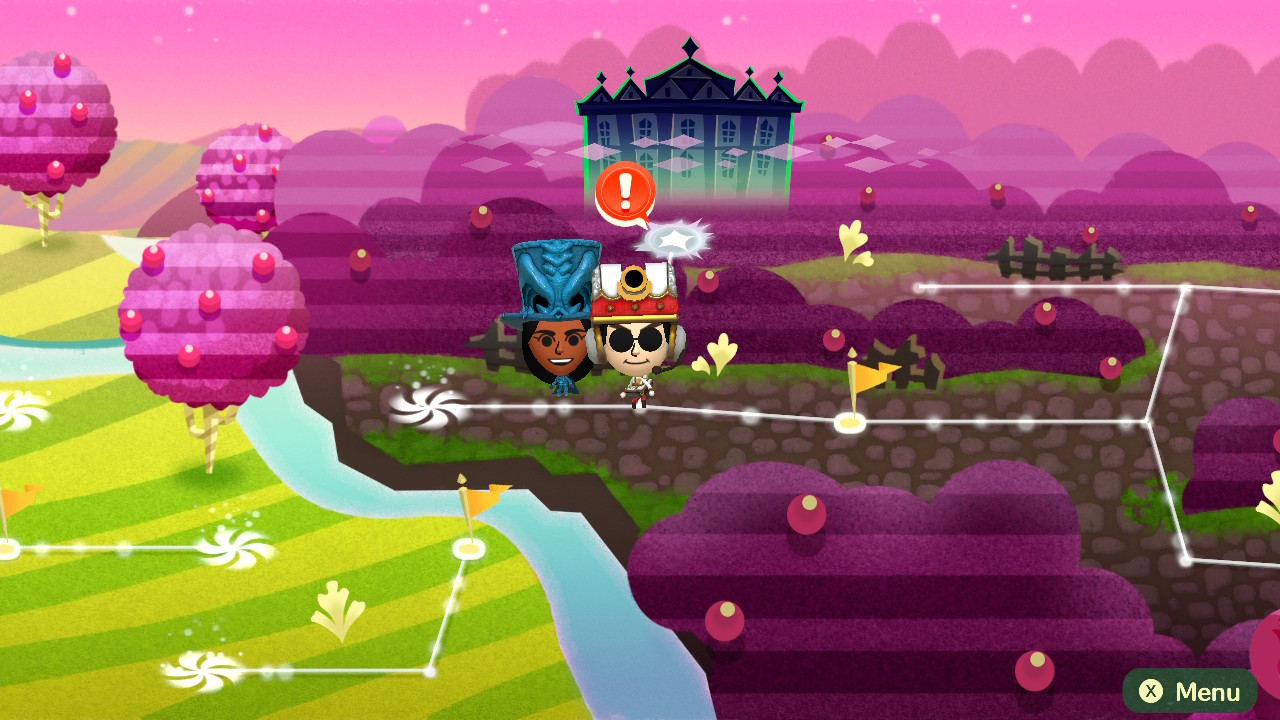 Upon accepting the quest, a new temporary dungeon called Manor Macabre will appear along Eerie Road in Peculia. Once you've beaten the Pop-Up Puppet at the end of the map, you will be rewarded with the Bat Charm, which allows your characters to job change into Vampires.

This quest can be done before completing the game if it appears, as it is available before entering The Sky Scraper, the final area of the game.

Vampires are a fairly strong profession, so it's a good idea to get them early.

The Vampire has a diverse set of elemental attacks and status-stealing abilities. It also boasts the strength of being able to act as a wall for friends, damage the opponent with Curse, and revive themselves with Revive.

In addition, it is a super-excellent profession that can produce high firepower with Bat Tornado and Scorching Breath.

Vampires gets targeted by enemies easily, although there's no in-game indication that it should be the case. However, the Vampire can use this to its advantage by casting Curse to counter enemies to farm EXP for the party. It's a great pairing because the Vampire acts as a defensive wall, and this trait allows it to absorb attacks for the whole party.

Best Personality for Vampire in Miitopia

Vampires act as a tank for parties, so it is recommended to choose Energetic to increase its defensive capabilities and support for its allies. MP recovery is also reliable as it goes very well with the Hang On behavior that lets you survive fatal attacks with 1 HP.

If you want to use a different personality other than Energetic, a good alternative would be Stubborn or Kind. The former benefits from the Vampire's ability to recover itself and its high magical firepower, while the latter is effective at increasing your party's defenses by taking damage for the team.

Best Stats to Increase for Vampire

Investments in Defense and HP stats are great for Vampires as this synergizes with their role of taking and dealing damage via Curse. Magic and MP are also good investments for dealing more damage via skills.

Here is a list of skills for the Miitopia Vampire.

Here is a list of outfits and weapons for the Miitopia Vampire.

Register as a member and get all the information you want. (It's free!)
Login
Opinions about an article or post go here.
Opinions about an article or post
We at Game8 thank you for your support.
In order for us to make the best articles possible, share your corrections, opinions, and thoughts about "Vampire Job: How to Unlock, Equipment, Skills, and Best Personality" with us!
When reporting a problem, please be as specific as possible in providing details such as what conditions the problem occurred under and what kind of effects it had.