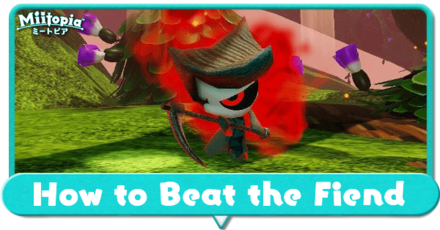 This is a guide on the Fiend and how to beat him in Miitopia in Nintendo Switch. Read on to learn strategy, party optimization, and other tips and tricks!

Attack Before Getting Hit by the Fiend 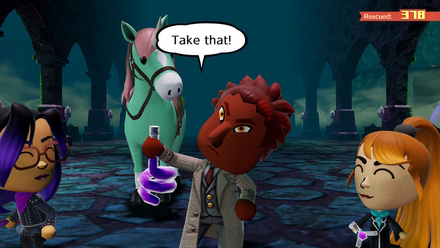 The Fiend is a powerful imp that appears in Realm of the Fey (Chapter 3). Since the Fiend always attacks first and uses 999 damage, even an ally who has maximum health will be defeated with a single blow. This is especially hard since you cannot attack before him.

If you don't plan ahead, you and your party will be defeated. In rare cases, the Fiend may use a normal attack, but it usually attacks with its fatal skill.

It's a good idea to have one Warrior in your party that uses physical attacks and dependable AI behavior.

How to Defeat the Fiend Quickly

Skills that blocks an the Fiend's turn (Princess' Regal Dance, etc.) and fatal skills (Cleric's Righteous Anger, etc.) are effective, but it is recommended that you shouldn't use skills that rely too much on chance. You must defeat the Fiend immediately with physical attacks.

Summary on How To Defeat the Fiend 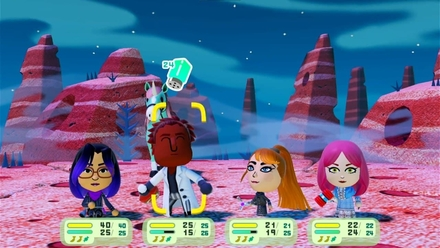 However, since it is late in Miitopia to get the Shield Sprinkles in Realm of the Fey (Chapter 5), it is expected that one or more of your party members will be defeated unless you have one.

Sprinkles: How to Unlock and When to Use

When your Mii gets excited, you can only use physical attacks, but the damage done is tripled, so you can defeat the Fiend with almost a single blow.

However, if your Mii is excited, even the hero will not be able to select the target to attack, so if there are enemies other than the Fiend, you should prioritize on defeating them first.

Avenge, which is triggered when a companion with relatioship level 9 is defeated, is also useful. It is very effective because it attacks the enemy who has defeated the fallen companion in a frenzied state, so even if there is an enemy other than the Fiend, it will attack the Fiend.

If you have a relationship of level 20 or higher, 'Resurgence' is also effective because it will help you get up when you and a friend are knocked down. However, the HP recovery is only 20%, so it's important to use HP Sprinkles as soon as you recover. 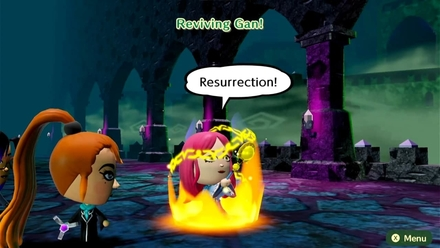 As a measure against the Fiend, it is a good idea to organize a party with members who have revive skills. The Life Sprinkles can only be used once per map, so it will be more stable if there are friends who can revive you using skills. Also, even if a Vampire is defeated, it may be automatically revived by 'Resurrection'.

If a Cleric's level is 26 or higher, Giga Resurrection is very effective, so if you encounter a fiend, first put the Cleric in a safe zone.
Sprinkles: How to Unlock and When to Use

Register as a member and get all the information you want. (It's free!)
Login
Opinions about an article or post go here.
Opinions about an article or post
We at Game8 thank you for your support.
In order for us to make the best articles possible, share your corrections, opinions, and thoughts about "How To Beat the Fiend | Fiend Basic Info and Rewards" with us!
When reporting a problem, please be as specific as possible in providing details such as what conditions the problem occurred under and what kind of effects it had.