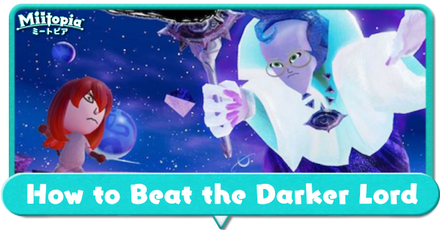 This is a guide on how to beat the Darker Lord Final boss battle in Miitopia for the Nintendo Switch. Read on to learn strategy, party optimization, and other tips and tricks to beat the Miitopia boss.

How to Beat the Final Boss: Darker Lord

Organize Your Party Before the Fight

Use Safe Zones and Sprinkles Efficiently

Conserve your Sprinkles until the final boss battle for as long as you can. In the meantime, you can use the Safe Zone efficiently to maintain your Party Members' HP and MP.

Level Up First If You Fail the Final Boss Battle

If you fail beating the Darker Lord at first, you can grind to level up your party at the area just before the boss battle. This particular area is a great farming spot, as it is filled with all sorts of Snurps, which could give you significant EXP and some valuable Grubs and Equipment. 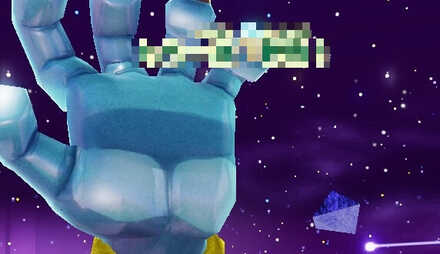 All bosses including the Darker Lord's Left Hand and Right Hand will take turns twice and could cause great damage to your entire party. Before and after they take turns, you can put someone inside a Safe Zone, use Sprinkles, or use one of your skills to evade their attacks.

Take Out the Left Hand with High Attack Power 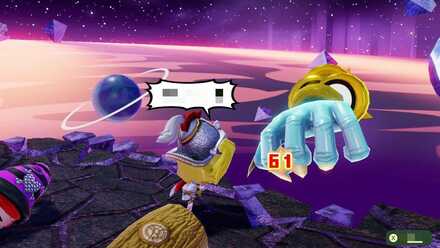 In the first battle, The Darker Lord's Left Hand inflicts high damage to your Party Members. It is recommended to take it out with someone who has a high attack power. Alternatively, you can have a party with 2 attackers and 1 in support role and just use Sprinkles to maintain their HP and MP.

Be Careful of the Right Hand's Targeted Attacks 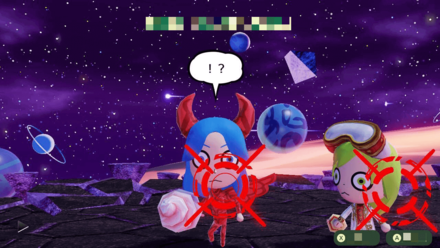 In the second battle, the Darker Lord's Right Hand can lock on targets. You can use skills to avoid being targeted or use the Safe Zone to keep a valuable Party Member from getting damaged.

Keep Mind of Your HP During the Final Battle

The final battle against the Darker Lord will be the toughest one. If its HP falls below 40%, it will inflict bigger damage to any of your Party Members. With that, make sure to evacuate them immediately to avoid having them killed if you have any Party Members that have low HP.

After defeating the Darker Lord, you will be given the choice to decide on his fate. Choose Save Him, as this would unlock certain conditions in the succeeding regions such as the Tower of Terror.

Register as a member and get all the information you want. (It's free!)
Login
Opinions about an article or post go here.
Opinions about an article or post
We at Game8 thank you for your support.
In order for us to make the best articles possible, share your corrections, opinions, and thoughts about "How to Beat the Darker Lord: Final Boss Guide" with us!
When reporting a problem, please be as specific as possible in providing details such as what conditions the problem occurred under and what kind of effects it had.