Release Time and Release Date: Is Miitopia Out? | Miitopia Switch 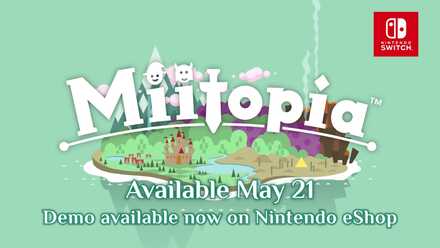 This is a guide to the release date and release time of Miitopia for the Nintendo Switch. Learn when will the game come out, as well as information about the game's demo!

The release time of Miitopia will be on midnight (12:00 AM) of its release date. However, this might also depend on the timezone of the region where you purchased the game. If you want to be the first on your block to get into the game, it is best to pre-load it before the release.

How to Pre-Load Miitopia

Miitopia is set to come out on May 21, 2021. You can now pre-order from the Nintendo eShop for $49.99, and at retailers like GameStop and Amazon. 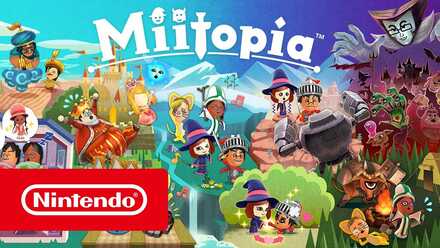 The demo version of Miitopia was released on April 27th, 2021! Download the demo now and start your adventure at Miitopia!

Transfer Your Save Data

You can play through the game's first chapter as the demo version of Miitopia is now available! Experience the game early on and explore to your heart's content as your progress will be transferred over to the full game on release so you can start from where you left off in the demo!

Is Miitopia a Switch Exclusive?

Seeing as Miitopia is one of Nintendo's first-party properties, it's very likely that Miitopia will be a Nintendo Switch exclusive game.

Miitopia Has A File Size Of 3.0 GB

The official listing on Nintendo's site says that Miitopia needs 3.0 GB of space! If you're planning on downloading the Digital Version from the E-shop, make sure you have enough storage space!

Register as a member and get all the information you want. (It's free!)
Login
Opinions about an article or post go here.
Opinions about an article or post
We at Game8 thank you for your support.
In order for us to make the best articles possible, share your corrections, opinions, and thoughts about "Release Time and Release Date: Is Miitopia Out?" with us!
When reporting a problem, please be as specific as possible in providing details such as what conditions the problem occurred under and what kind of effects it had.