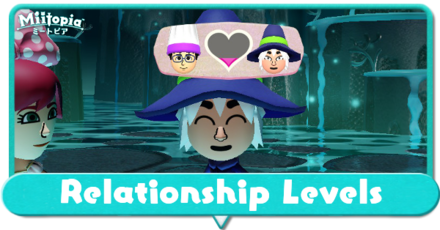 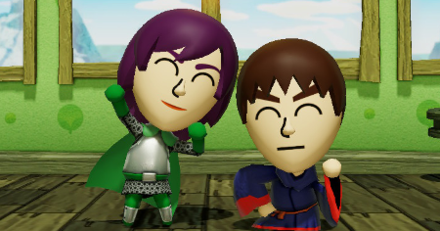 Relationship is a separate stat between your Mii's in Miitopia. Essentially, it signifies how close a character is with another character.

It has a variety of effects, all depending on the level of relationship between two Mii's. 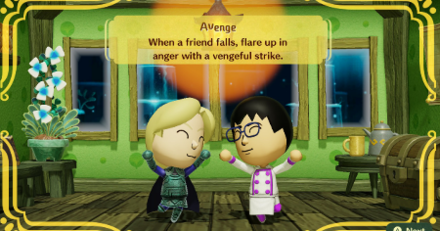 Listed below are the confirmed relationship levels and their respective effects.

How To Increase Relationship

Here are some of the ways that we have confirmed on how to increase your relationship levels.

These are performed if you have an Outing Ticket and provides the good increase in Relationship levels. To use them, while in an Inn, pick a Mii that is currently roomed with another Mii to have them go on an outing. After that outing, the relationship level will automatically increase.

If the outing also goes very well, there will be a bonus on the increase in relationship levels.

These are basically amped up Outings with a very high chance of increasing your Relationship level by at least one. However, they can also fail and result into a much lower increase in relationship levels so be careful when using them! 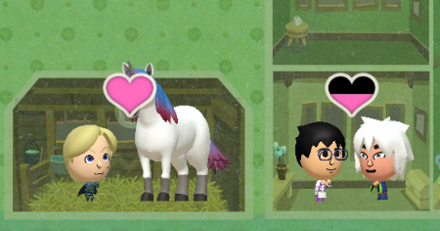 Having two Mii's in one room while in the Inn also have the effect of granting a small increase in relationship levels. The effect is higher when you're roomed with your Horse.

Also, while roomed together, there will be chances of Mii's talking to each other as marked by a speech bubble on top of the Mii's. This usually triggers a random event (training, talking, or a Mii giving a gift to another). This will also trigger a further increase in relationship levels. 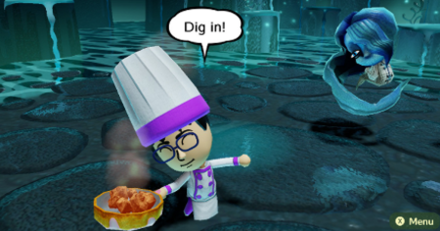 This ability in itself is very useful since it restores your MP. However, it also increases your relationship levels with your horse!

What is the Maximum Relationship Level?

The maximium relationship level for Miitopia on the Switch is level 99! By maxing out your relationship with your party members, you become powerful by unlocking all of the assist skills available in the game.

How to Reach the Maximum Relationship Level?

We recommend that you should always place your Miis in the same room together, and gather as many outing tickets as possible by winning them using game tickets, or via letters from people you saved in Miitopia.

We also recommend you avoid using skills that may cause resentment and quarrels between your Miis, since it will hinder you from leveling up your relationship level.
Resentment and Quarrels: How to Fix

Register as a member and get all the information you want. (It's free!)
Login
Opinions about an article or post go here.
Opinions about an article or post
We at Game8 thank you for your support.
In order for us to make the best articles possible, share your corrections, opinions, and thoughts about "Relationship (Romance) Guide: What is the Max Relationship Level?" with us!
When reporting a problem, please be as specific as possible in providing details such as what conditions the problem occurred under and what kind of effects it had.