How to Change Roles | Miitopia Switch 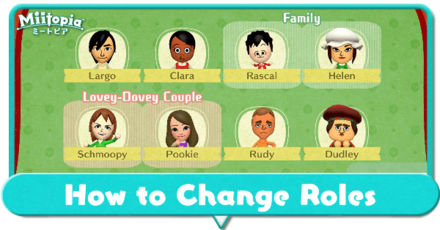 This is a guide on how to change the roles of your cast in Miitopia for the Nintendo Switch. Read on to learn the basics of changing cast roles, as well as how to customize your Miis.

How to Change Roles

The Mii cast includes the Dark Lord, the Great Sage, and the townspeople. You can change each cast member's roles any time using the Journal on the menu screen.

Steps on How to Change Roles

How to Change Your Mii's Appearance

Open 'Makeup & Wigs' From the Menu 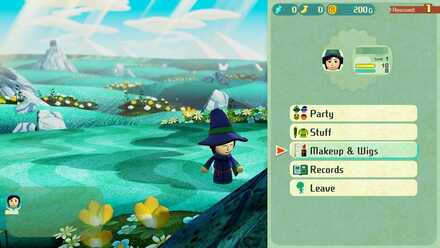 You can change you Mii's appearance through the Makeup & Wigs section on the menu screen. You can only do this when you're not in battle, meaning you either have to be on the move or ideally in an Inn.

Check out our guide below for more information about customizing your Mii!

Change Your Mii's Look From the Main Menu 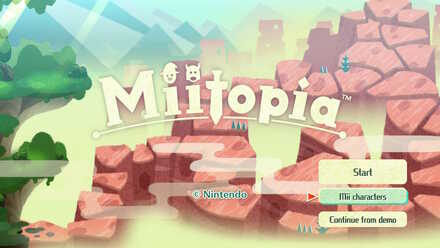 You can also customize your Miis from the Main Menu. Select Mii characters just below the Start button.

All Character Roles in Miitopia

Genie of the Lamp

Characters that appear in Traveler's Hub are random.

Register as a member and get all the information you want. (It's free!)
Login
Opinions about an article or post go here.
Opinions about an article or post
We at Game8 thank you for your support.
In order for us to make the best articles possible, share your corrections, opinions, and thoughts about "How to Change Roles" with us!
When reporting a problem, please be as specific as possible in providing details such as what conditions the problem occurred under and what kind of effects it had.