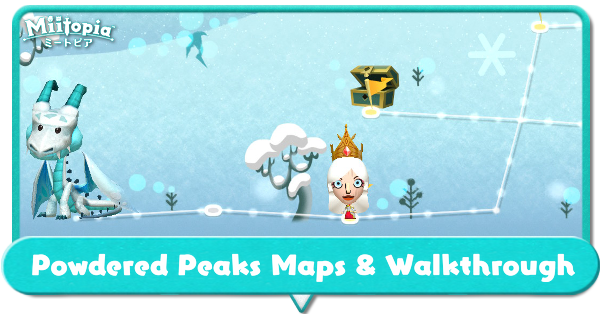 How to Unlock Powdered Peaks

To unlock Powdered Peaks, you must first visit Traveler's Hub so you can receive a quest from a Cleric who will ask you to defeat the Yeti. This will allow you to freely explore the Powdered Peaks. You can get out of the Powdered Peaks and come back to it at any given time.

Buff up party stats for the endgame

The areas of Chapter 5 (Powdered Peaks, Peculia, and Nimbus) are relatively short and easy areas to defeat, so just use the time to buff up the levels/stats of your party in preparation for the Sky Scraper. Continue using the Cat for your Hero and bring along a Warrior and a Scientist, as they are powerful jobs.

The next chapter will require you to use all 10 of your party members, so if you're planning on buffing up the stats of only 4 of those party members in this chapter, it would be wise to buff up the stats of recovery-oriented teammates such as Flowers or Clerics. The Flower from your Realm of the Fey team is recommended, as it can deal magic damage as well.

Each map image below comes assigned with a corresponding number next to its name. The number indicates in which order the quests are supposed to be done. 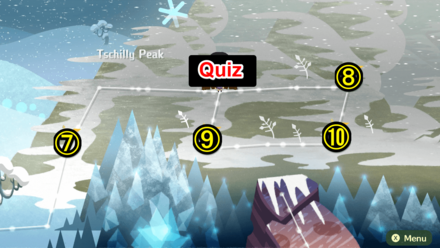 Note: This is a temporary dungeon made available after accepting a quest from Traveler's Hub. Once you clear the quest, the dungeon will disappear. However, future Traveler Quests may grant you access to this area once more, though its map layout may differ.

Register as a member and get all the information you want. (It's free!)
Login
Opinions about an article or post go here.
Opinions about an article or post
We at Game8 thank you for your support.
In order for us to make the best articles possible, share your corrections, opinions, and thoughts about "Powdered Peaks Walkthrough (Chapter 5-2)" with us!
When reporting a problem, please be as specific as possible in providing details such as what conditions the problem occurred under and what kind of effects it had.