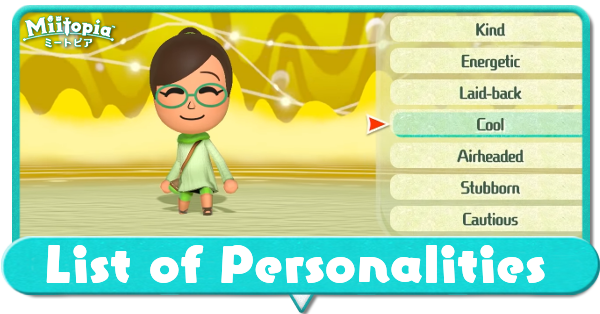 Below is a list of each personality and their ranking.

Best Personality for All Jobs

Cool can increase the damage of a regular attack and help avoid an enemy's attack. It can also help you avoid status effects by being indifferent.

It is advantageous to use this in the early stages of the game because of it has almost no disadvantages, and is useful across almost all jobs and party members.
Cool Personality and Quirks

Compatible with Everyone Except Vampires

Cool is safe to use in almost every Job, except for Vampires because some of its skills such as Curse makes it incompatible with some of the personality's quirks.

MP management becomes important in the mid-stages of the game as using Skills during a battle becomes the key to winning.

Energetic is an excellent personality to use because it gives the ability to recover the MP of their fellow party members who have little MP left.

Just like Cool, it has almost no disadvantages, so it's a good idea to switch to Energetic at around Chapter 5 (Powdered Peaks, Peculia, Nimbus).
Energetic Personality and Quirks

Below is a list of each Personality and their quirks and effects.

Register as a member and get all the information you want. (It's free!)
Login
Opinions about an article or post go here.
Opinions about an article or post
We at Game8 thank you for your support.
In order for us to make the best articles possible, share your corrections, opinions, and thoughts about "List of All Personalities" with us!
When reporting a problem, please be as specific as possible in providing details such as what conditions the problem occurred under and what kind of effects it had.