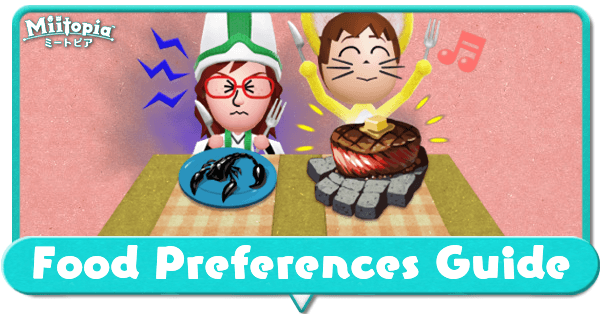 The rarer the dish, the greater the effect increase, such as with the Very Rare Snurp Radish, which greatly boosts all stats of the Mii.

Food Preferences Not Affected by Personality or Job 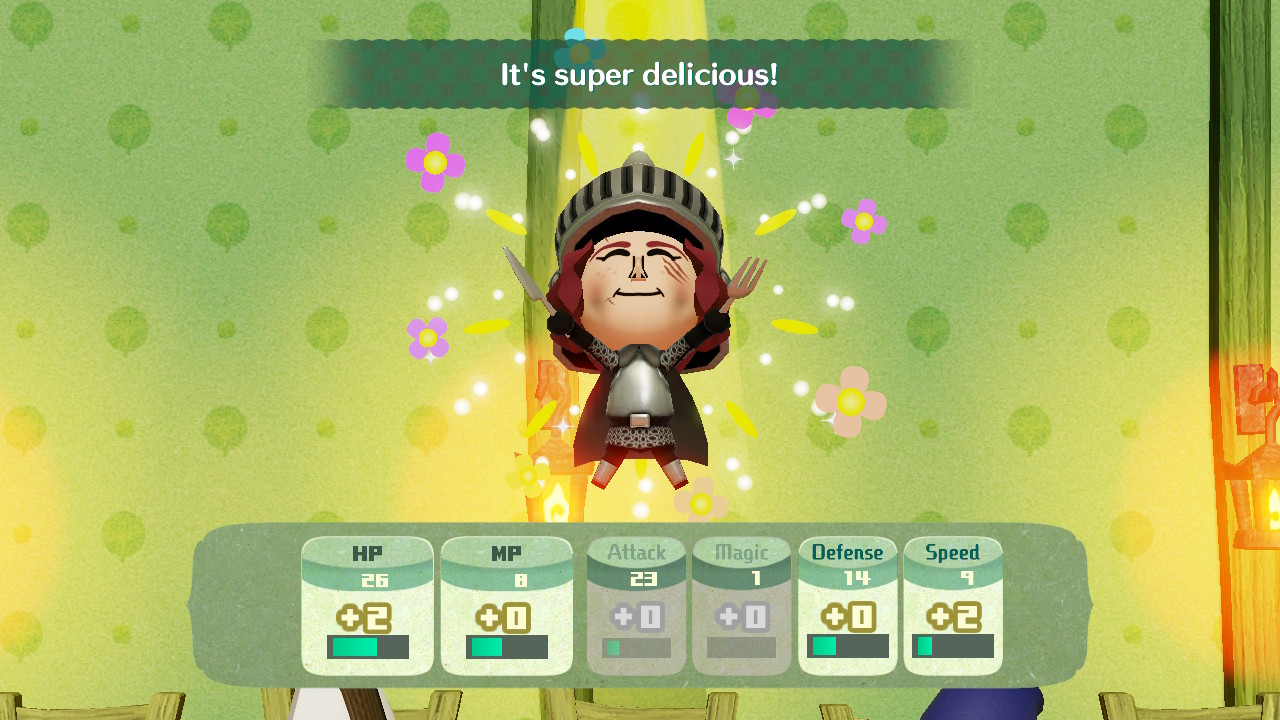 Food preferences are developed randomly and are not affected by choice of Personality or Job, so you can't make a Mii change their food preference simply by changing Jobs.

How to Determine Food Preferences

No Way to Determine Until Mii Eats It 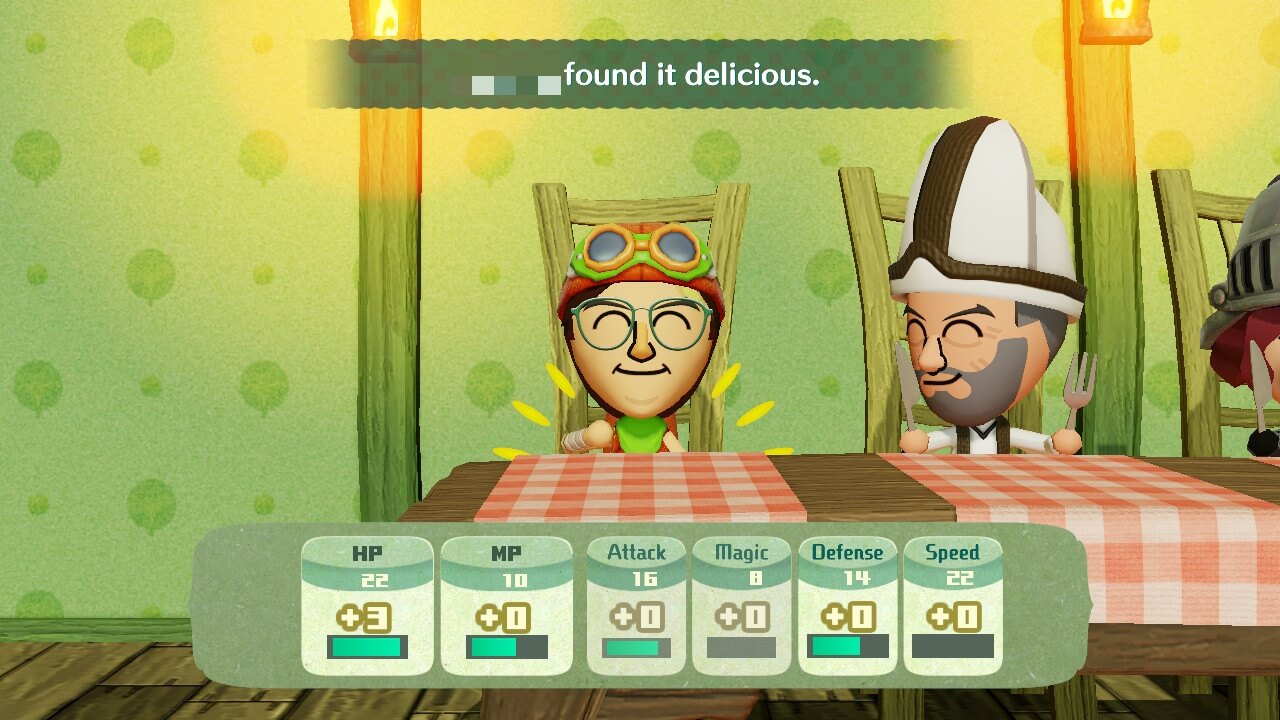 There's no indicator of how a Mii will react to certain food, so there's no way to determine a Mii's food preference until they eat the dish.

If you're wondering which Mii to feed the rarer dishes, select the Mii's you plan on being a mainstay in your party.

Taste Changes Even Within Same Lineage

Even with the same food lineage, each dish has different tastes. For example, just because a Mii liked the base Goblin Ham dish, it doesn't mean that they will like the Goblin Ham dishes of higher rarity, despite being named the same.

Some Food are Prone to Dislike 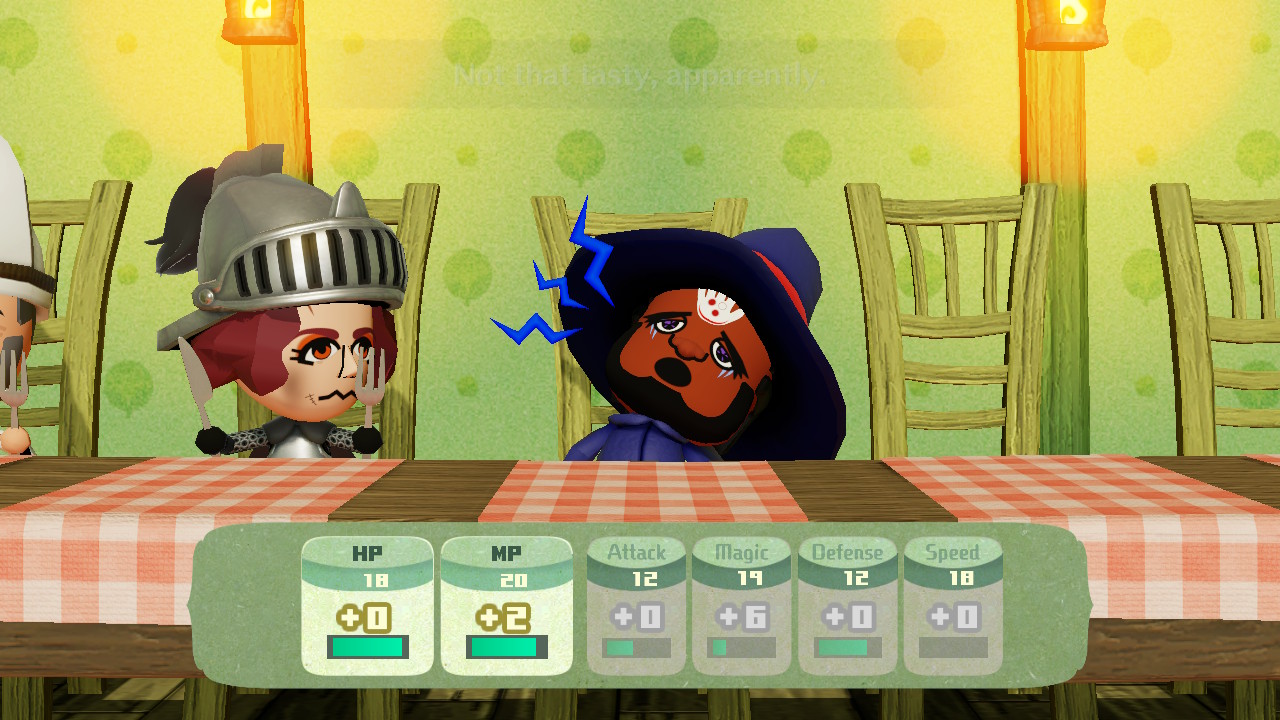 Food preferences are random, but there seem to be some dishes that are easily disliked. As for the Walkthrough Team's experience, BBQ Scorpion is always disliked.

Register as a member and get all the information you want. (It's free!)
Login
Opinions about an article or post go here.
Opinions about an article or post
We at Game8 thank you for your support.
In order for us to make the best articles possible, share your corrections, opinions, and thoughts about "Food Preferences Guide: Favorite Food and Hated Food" with us!
When reporting a problem, please be as specific as possible in providing details such as what conditions the problem occurred under and what kind of effects it had.