Inn Guide: Events and Things to Do | Miitopia Switch 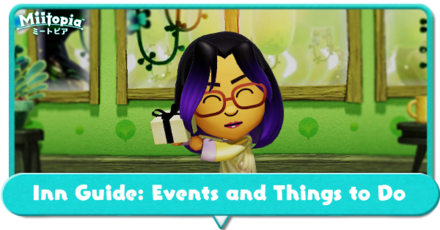 Give Money to Your Mii 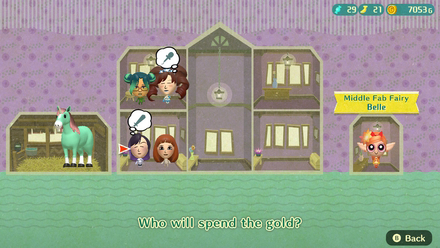 Miis Buy What They Want

Give Money to Your Mii means your mii will buy it for you, as long as you give sufficient gold for what your mii wants. Your Mii will buy what they want, but in rare cases they might buy HP Bananas and MP Candies by mistake, and will return the rest of your money to you.

Your miis wants are random, but when it comes to Weapons and Clothes, they don't want to purchase specific equipment until they reach a certain level for that equipment.
Refer to the link below to know what level is required for each equipment:
List of Equipment 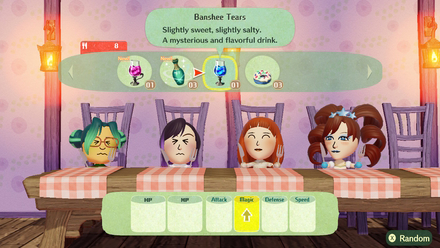 Raise the Stats of Your Mii

When eating grub, you can give mii grub you got from enemies or events and raise your stats. In addition to having stats increase, miis have their own tastes, and the rate of increase in stats differs.

As for your mii's tastes in grub, if you exit Miitopia after seeing the reaction of your mii when feeding them grub, it will reset and the grub is still there. This method takes up time, but you can use it to check your mii's preferences.
List of Food (Grub) 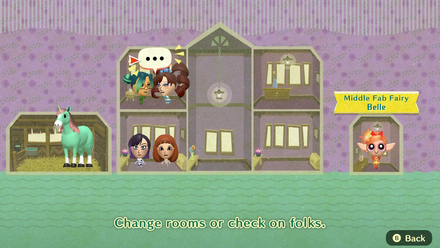 You Can Interact With Miis

To Increase the Relationship Level, you can move your mii to another room. Click on the ellipsis icon to watch them interact. The 'relationship level' of miis in the same room goes up, and more assist skills will be unlocked.

Assists are advantageous in combat since it increases the firepower of your party members who like each other, and increasing the damage of skills. It is recommended to keep at 2 people in one room to help increase the relationship level. 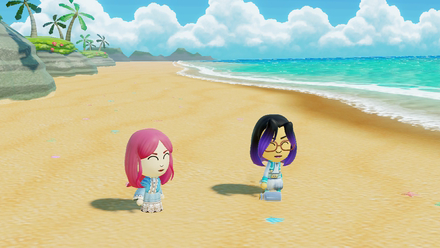 You Can Raise the Relationship Level

On Outings, you can go on a date with miis in the same room and raise your relationship level. If you are alone in the room, you can go with another mii.

On an outing, the content of the event changes depending on the location, and you can enjoy interactions you can't see at the inn. 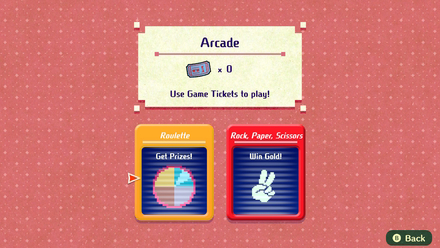 Do Challenges to Win a Prize

In the Game Corner, you can choose either Roulette or Rock-paper-scissors games and get prizes for each. The prizes become more luxurious as you progress through the story, so it's better to play late, no matter which one you do. Also, the contents of Roulette will be updated every time you arrive at the inn, so check back often.

Refer to the articles below for more information about Roulette and Rock-Paper Scissors:

Priorities in the Inn

Strengthen Final Members of Your Party

It is difficult to evenly strengthen 10 party members in Miitopia, but you can clear the game even if you just concentrate on a small number of Miis. Think about the party members that will be the final members in advance, and prioritize in strengthening them from an early stage.

If you unlocked the hidden Job...

Get Vampire as Early as Possible

If you can change jobs to the hidden occupation Vampire, change jobs and level them as soon as possible. It is very convenient because you can easily defeat Very Rare Snurp with Curse which directly returns half of the damage to the enemy who attacked.
Vampire Job: How to Unlock, Skills, and Best Personality

Give Priority to the Final Party Members 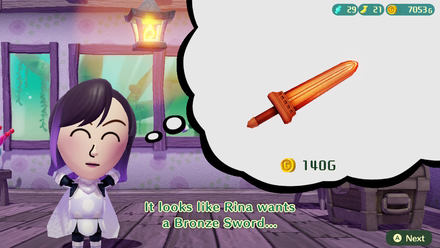 Since you will be periodically short on money in Miitopia, make sure that other party members do not have more equipment than necessary. Give priority to final party members when giving equipment.

Also, until you defeat the Dark Lord, you will repeat the steps 'Save the Town' → 'Party Reset on the Way to the Next Map' → 'Three New Miis Join' so, it is recommended to save money for the next party members' equipment at the end of each chapter.

Give Grub Priority to the Final Party Members 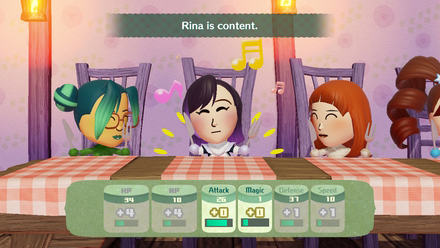 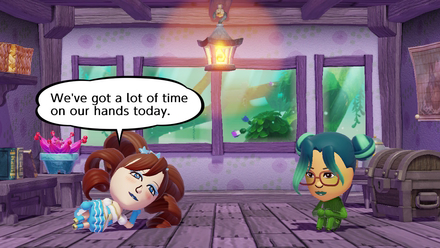 If you don't have any final party members, you can increase your relationship level with the horse. Horse assists are less-likely to occur, but it is equally powerful when it uses a powerful physical attack.

Register as a member and get all the information you want. (It's free!)
Login
Opinions about an article or post go here.
Opinions about an article or post
We at Game8 thank you for your support.
In order for us to make the best articles possible, share your corrections, opinions, and thoughts about "Inn Guide: Events and Things to Do" with us!
When reporting a problem, please be as specific as possible in providing details such as what conditions the problem occurred under and what kind of effects it had.