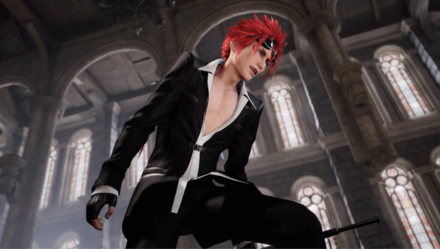 This is a guide to beating the Boss Reno in the game Final Fantasy 7 Remake (FF7R). This article explains Reno's attack patterns, weaknesses, and tips and strategies for defeating him on both Normal and Hard Mode.

An operative with the Turks unit of Shinra's General Affairs Division. Fast and extremely agile, he leaps in to attack with his special Shinra-made security baton.

Magic and lightning attacks have only a slight effect on his stagger gauge.

No Enemy Skills can be learned from Reno.

This fight is all about dodging projectiles and using Punisher Mode's auto-counter on Reno's melee attacks. Use Triple Slash on the EM Mines and heal yourself if needed.

Fill up his Focus Gauge by Countering 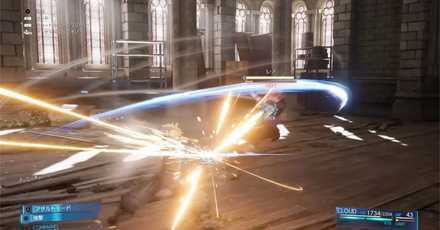 As Reno moves quickly around the stage, he'll frequently dodge attacks you throw at him if you try to simply swing at him with your sword. Instead, switch to Punisher Mode and wait for him to come at you in order to counter his blows. Most of Reno's Physical attacks can be countered in this way.

On top of that, Reno will be susceptible to further blows upon being countered. When comboing a counter with Punisher Mode's Strong Attacks, you can fill his Focus Gauge easily, scoring a Stagger and making the fight go much more smoothly.

Will become more powerful at 50% HP 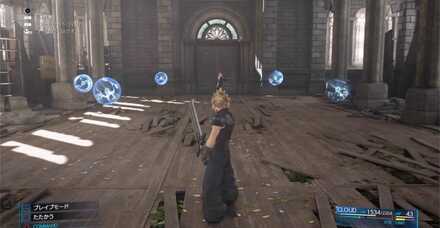 When Reno's HP gets below 50%, he'll enter Phase 2 of the battle. He'll start to move faster and his attacks will get more powerful, and on top of that, he'll pull out 5 EM Mines which he can use to execute additional Abilities. It becomes much more difficult to avoid his attacks in this stage, so keep your distance from Reno and move away after landing a few hits on him. 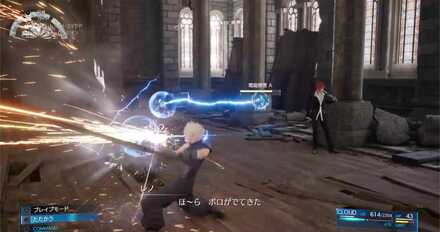 The EM mines should be taken out quickly and you can use both attacks and magic to deal with them.

When Reno gets down to about 50% HP, he'll release 5 EM Mines onto the stage. These can be used to stun and bind Cloud, so before Reno is able to use Abilities with them, take these out first before the battle wears on. You can use Iron Blade's Triple Slash Ability to hit multiple EM Mines in a single attack. They don't have much resilience, so you can take them out fairly quickly if you focus on attacking them.

Keep in mind that Reno can use EM Mine Toss after the first five are destroyed to bring out two new EM Mines; when he does so, be sure to take out the newly released Mines quickly before he can take advantage of them. 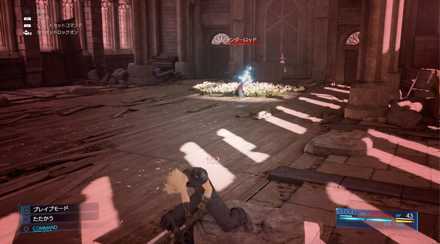 Reno's EM Shot attack will definitely cause a Stun, preventing Cloud from moving for several seconds. Reno will take a few seconds to charge this attack, so be sure to move out of the way when you see this one coming.

Watch out for EM Flail 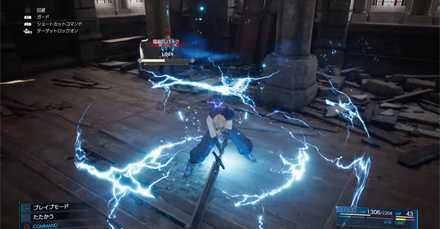 When Reno uses EM Flail, he'll shoot out a single bolt of electricity ahead of him. If Cloud gets caught by it, he'll be Bound with no other character to free him. Then, Reno will run a current through his rod and make an explosion, dealing around 600 damage on Normal Mode. He'll need to have the EM Mines active to use this Ability, so be sure to take out the EM Mines quickly to prevent him from using his most danagerous Abilities.

Save MP by Focusing on Physical Damage

Focusing on Physical damage is a good idea to save MP for the rest of the Chapter. Magic attacks are not effective for staggering Reno and he has a Greater Resistance against Lightning magic. Equipping Hardege and Champion Belt is the way to go for this fight! 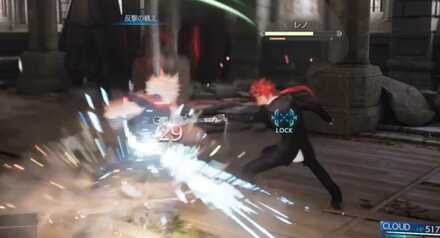 On Hard Mode, Reno does not show significant differences from his Normal Mode counterpart, and you can take him down in essentially the same manner as on Normal Mode. Now that you have Twin Stinger, you can use Counterstance to hit back against most of his moves.

Take out the EM Mines with Triple Slash 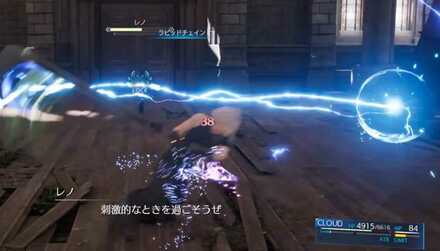 On Hard Mode, Reno will execute additional techniques with his EM MInes. It's best to take these out as quickly as possible using Iron Blade's Triple Slash Ability. While he's summoning the EM Mines, Reno will be vulnerable to attack, so use powerful Abilities like Braver and Infinity's End to hit Reno hard during this period.

Have Lightning and Elemental Linked for an Easy Fight 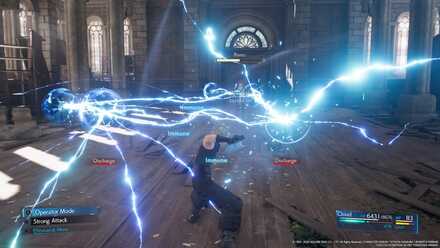 Post (1 Comments)
Opinions about an article or post go here.
Opinions about an article or post
We at Game8 thank you for your support.
In order for us to make the best articles possible, share your corrections, opinions, and thoughts about "How to Beat Reno | Boss Fight Guide (Normal & Hard Mode)" with us!
When reporting a problem, please be as specific as possible in providing details such as what conditions the problem occurred under and what kind of effects it had.