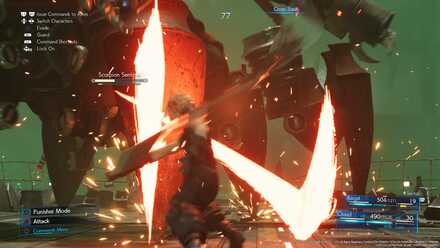 This is a guide to all the Limit Breaks in the game Final Fantasy 7 Remake (FF7R) and Intergrade's INTERmission DLC for PS5. Learn how to unlock all Limit Breaks for Cloud, Barret, Tifa, and Aerith, Yuffie, and Sonon, and the effects of each Limit Break.

What Are Limit Breaks?

Use the Limit Gauge to Unleash Ultimate Attacks 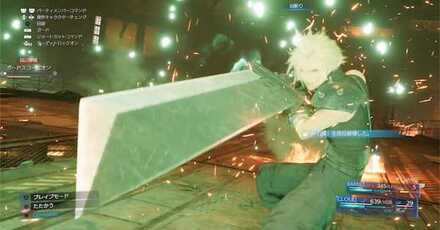 Every character has unique ultimate attacks called Limit Breaks. These powerful attacks can be unleashed when the Limit Gauge, located at the end of your ATB Gauge, is full.

The gauge is filled by various things, like taking damage or Staggering enemies, and the Limit Break command will show up as the first option once the gauge is full.

Get Limit Breaks from Materia

Some Limit Breaks, such as Refocus, can be obtained and used by equipping Materia, and these can be used by all characters.

How to Get the Refocus Materia

Get new Limit Breaks from the Corneo Colosseum

In addition to each character's starting Limit Break, they can learn a level two Limit Break by completing Battle Challenges in the Corneo Colosseum. Clearing the 1 Star Difficulty challenge for each character will earn you their new limit breaks!

How to Charge the Limit Gauge

※While under the Fury status your limit gauge will charge quicker

Gotterdammerung is Most Effective

Equipping the Gotterdammerung will allow you to start a battle with a full limit gague as well as cause it to gradually fill on its own while in battle, making it the best way to get more Limit Breaks off.

Ascension's attack animation is long and its stagger rate is high. Cross-Slash has its merits as well, but due to the nature of the game in staggering enemies, Ascension is the best choice for Cloud

Due to Barret's attacks being long range, both of his Limit Breaks will always hit their target, but Catastrophe puts Barret in the air, making him more difficult to hit during the animation. With an increased stagger rate as well, Catastrophe is a no-brainer for Barret.

Dolphin Flurry has a high stagger rate and a long reach, putting it above Somersault, making it the better choice. Use it when you aim to stagger an enemy to really dish out the damage.

While both of Aerith's Limit Breaks are powerful in their own right, Planet's Protection's ability to nullify physical damage outdoes the healing of Healing Wind. Healing Wind can be useful in a pinch or when you want to preserve MP, but its effects pale in comparison to a fully powered up Magnify Materia linked to a Healing Materia. 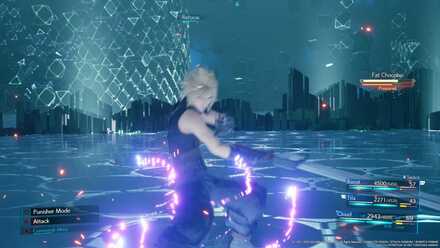 How to Change Limit Breaks

When you obtain a new Limit Break you won't be able to use it unless you switch Limit Breaks. To do so, open the main menu and select Battle Settings. From there scroll down to Limit Break, select it, and choose which Limit Break you'd like to equip!

Things to Watch Out For

Other than Barret's long range Limit Breaks, if you use a Limit Break on an enemy that's moving around too much it can and will miss. Wait until an enemy is immobile while pressured or staggered to get the most bang for your buck.

Each Limit Break has a level and depending on the level, the limit gauge will fill faster or slower. The higher the level the longer it will take to fill up. Choose the best Limit Break for your playstyle.

In order for us to make the best articles possible, share your corrections, opinions, and thoughts about 「List of Limit Breaks | Limit Break Guide (Intergrade Updated) | FF7 Remake」 with us!