This is a page on the Very Rare Snurp monster in Miitopia for the Nintendo Switch. Read on to learn basic information on this enemy and what the rewards are for beating them!

About the Very Rare Surps

Very Rare Snurps are a special type of Snurp that award a huge amount of EXP. With this, it is one of best enemies to farm to reach the max level.

While the rewards in beating Very Rare Snurps are certainly awesome, it comes with a catch - like its Rare variant, Very Rare Snurps are incredibly hard to defeat. With its insanely high defense, you can expect your characters (no matter the level or boost in their attack or magic) to deal just 1 to 3 damage on it.

Further, it is insanely fast and can definitely outspeed your Mii's unless you have maxed out your Speed stat. And lastly, it has a medium chance of escaping the battle outright.

There isn't much variety other than making sure you deal out as much damage as you can per turn and hope that they do not run away.

Summary on How to Beat Very Rare Snurps 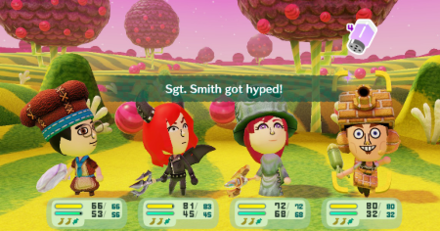 Thankfully, despite having insanely high defenses and speed, the Very Rare Snurp has extremely low HP (around 15 HP). If you use Hyper Sprinkles, you ensure that your Mii's basic attacks deal a flat 3 damage on it, making defeating the Very Rare Snurps easier.

How to Unlock Sprinkles 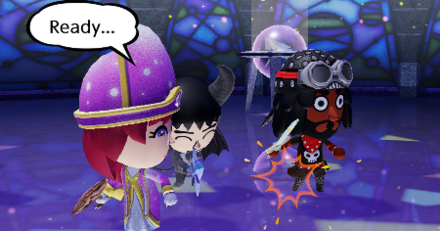 The Hyper Sprinkles strategy above can be further abused when battling a group of Very Rare and Rare Snurps. This can be done when you have someone in your team whose basic attack hits all enemies such as the Thief or the Pop Star. Using the Hyper Sprinkles on them will make them hit 3 damage on all of your opponents.

Then, if your controllable character is an Imp, you can use the skill Butt Jab to repeat the above strategy, potentially allowing you to deal 6 damage to the Snurps in just two turns. 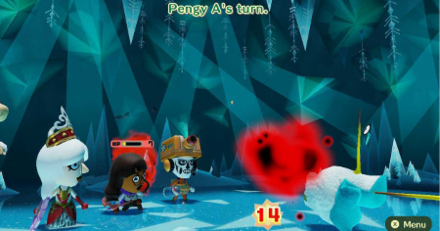 Vampires have a special skill known as Curse which functions as a counter whenever the Vampire is attacked. What makes it useful against Very Rare Snurps is that it disregards defenses and will instantly kill Very Rare Snurps.

If you prefer to use this strategy, it is highly recommended to move one of your Mii's to the safe spot to increase the chances of your Vampire getting attacked. 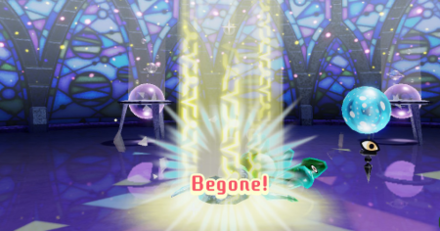 Another effective (although less reliable) strategy is to use the Cleric's skill Righteous Anger. While it only works 50% of the time, it instantly defeats a Very Rare Snurp! If you are after this strategy, it is advisable to have the Cleric as the controllable to character to repeatedly use Righteous Anger until it works. 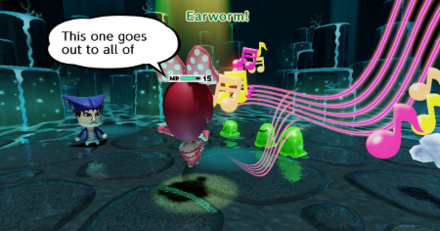 It is actually quite possible to prevent them from escaping by using skills that cause it to dance. The Pop Star's Earworm or the Elf's Dancing Arrow achieves this effect. If successful, these attacks make it confused making it unable to attack. 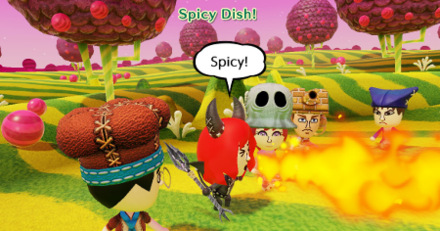 This is a skill from the Chef line and will deal a flat 4 damage to Very Rare Snurps, making it the best attack that you can use against them. However, this comes with a drawback as Spicy Dish may cause Resentment during battle and cause more problems. Take care when using this strategy.

Register as a member and get all the information you want. (It's free!)
Login
Opinions about an article or post go here.
Opinions about an article or post
We at Game8 thank you for your support.
In order for us to make the best articles possible, share your corrections, opinions, and thoughts about "Very Rare Snurp Basic Info and Rewards" with us!
When reporting a problem, please be as specific as possible in providing details such as what conditions the problem occurred under and what kind of effects it had.