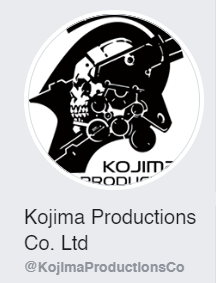 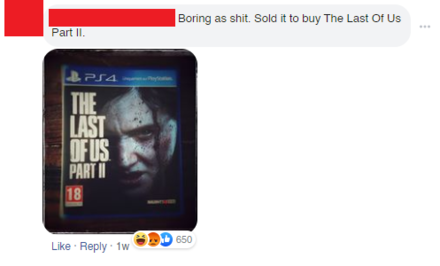 In the comment this person says “Boring as shit. Sold it to buy The Last Of Us Part II.” followed by a response from the Facebook page. 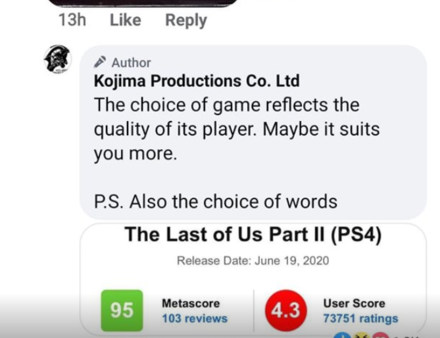 The Kojima Productions page replyed “The choice of game reflects the quality of its player. maybe it suits you more. P.S. Also the Choice of words.” followed by a picture of The Last of Us 2's Metacritic score which at the time was a Metascore of 95/100, but a user score of 4.3/10. However, the scores have changed to a Metascore 94/100 and a user score of 5.0/10. 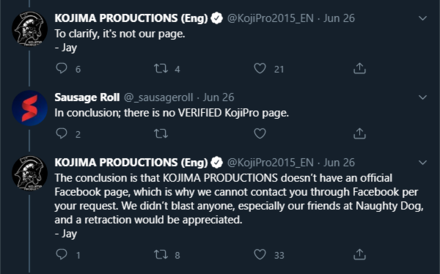 In a response to a Twitter post Kojima Productions offical verified English twitter page said “To clarify, it's not our page.” and another reply saying “The conclusion is that KOJIMA PRODUCTIONS doesn’t have an official Facebook page, which is why we cannot contact you through Facebook per your request. We didn’t blast anyone, especially our friends at Naughty Dog, and a retraction would be appreciated.”. 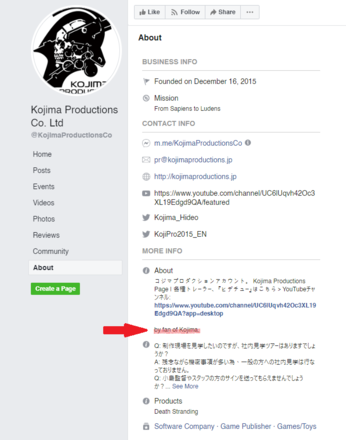 This seems to be true, as the Facebook page in question states that is “By fan of Kojima”. However, the page itself appeared to be an offcial page of Kojima Productions leading to many users beliving that the company was throwing shade at Naughy Dog's newest game The Last of Us Part II.

Last of Us 2 News

Register as a member and get all the information you want. (It's free!)
Login
Opinions about an article or post go here.
Opinions about an article or post
We at Game8 thank you for your support.
In order for us to make the best articles possible, share your corrections, opinions, and thoughts about "Kojima Productions Denies Comment on Facebook " with us!
When reporting a problem, please be as specific as possible in providing details such as what conditions the problem occurred under and what kind of effects it had.