This is a guide to completing the Yuffie & Sonon vs. Top Secrets battle in the Shinra Combat Simulator in Final Fantasy 7 Remake (FF7R) Intergrade's INTERmission DLC for PS5. Learn how to beat Bahamut, Ifrit, Ramuh, and Pride and Joy Mk 0.5, with best Materia and equipment builds for Yuffie and Sonon.

How to Unlock Pride and Joy Mk 0.5

Complete both chapters of INTERmission 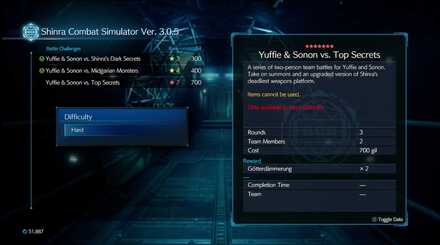 After completing the INTERmission DLC, the Shinra Combat Simulator will become available at the very beginning of Chapter 2.

Upon completing the first two battles in the Shinra Combat Simulator on any difficulty, “Yuffie and Sonon vs. Top Secrets” will be unlocked for Hard difficulty only.

In this gauntlet, you'll face three opponents – Bahamut, who is joined halfway through by Ifrit; Ramuh; and finally, Pride and Joy Mk 0.5.

In the original game, only a single Gotterdammerung was available, but similar to the Weiss battle, completing this challenge will yield two of this legendary Accessory, one for both Yuffie and Sonon. With the ability to gradually increase your Limit Gauge throughout the battle, it's often considered the best accessory in the game.

Yuffie's role is to continue dealing chip damage throughout the fight. Since she will be keeping a distance and using Ninjutsu for the majority of the fight, the Boomerang, the weapon with the highest Magic Attack, is the best choice. As for the armor, anything with at least one connected slot will do fine.

When the enemy is Pressured, use Synergy

Sonon's primary role will be joining for powerful Synergy attacks when the enemy is pressured. This can be used to prevent Bahamut's Mega Flare, making keeping Sonon alive critical for this stage.

Our Japan team prepared a video guide for defeating this difficult series of bosses. Consult this while reading the guide to better understand its contents!

How to Beat Bahamut (Battle #1)

Use Synergy attacks during the countdown

Each time Bahamut starts counting, it's an opening to attack. Execute Synergized Art of War right away, increasing the damage of following attacks. If you pull this off, you can get Bahamut in a Pressured state during this phase, but this becomes harder to execute with just Synergized Art of War later in the battle.

While Pressured, consider mashing Square while synergized to hit it with physical attacks and push its Stagger Gauge up and up.

When the Countdown hits zero, Bahamut will execute its ultimate attack Mega Flare, dealing 9999 damage to all party members. This can be avoided by Staggering Bahamut before it execute Mega Flare. Aim to prevent its first Mega Flare this way, and finish off Bahamut before it can prepare a second.

In the later stages, if your Limit Gauge maxes out, this is the time to use it!

Use Brumal Form to evade attacks

Aside from Mega Flare, Brumal Form can be used to evade any of Bahamut's attacks. Perfect blocking will work as well, but Brumal Form is easier to execute and as it can be executed from the Abilities menu, players weak on timing dodges can simply open the menu when needed to use it.

Using Brumal Form successfully also boosts ATB, making it an offensive and defensive tool and allowing for continuous use of Brumal Form.

It's best to try to have 1 ATB gauge filled consistently so that Brumal Form can be used whenever needed.

Ignore Ifrit and go for Bahamut 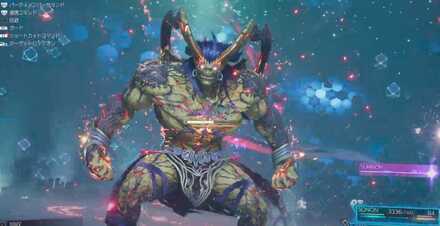 When Bahamut's HP gets down to half, it will summon Ifrit to join the fight. As long as you have Elemental × Fire Materia equipped to your armor, its attacks are near-useless, so you can easily ignore it and focus all your attention on Bahamut.

Handle it quickly with Ice Ninjutsu and Ice Banishment

Ifrit's weakness is Ice, so after defeating Bahamut, finish it off with Ice Ninjutsu and hit hard with Ice Banishment.

Use Wind Abilities to fill the Stagger Gauge

Use Yuffie's Abilities Wind Ninjutsu and Windstorm to deal Wind damage to Ramuh, hitting its weakness. These attacks will cause its Stagger Gauge to increase quickly. 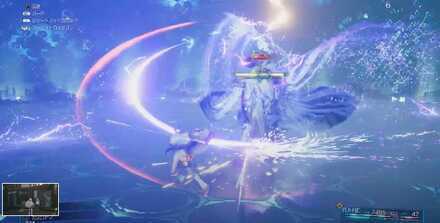 When Ramuh uses Voltaic Lance, a perfectly-timed block will nullify all damage and give a big jump to Ramuh's Stagger Gauge. If nothing else, try practicing to make sure you can perfectly block this attack every time.

Defeat the Sparks to Stagger

When Ramuh summons his Sparks, he will gain access to more powerful abilities that can deal a lot of damage to you. Not only will destroying the Sparks disable those attacks but Ramuh will also go into the staggered state. You can choose to ignore them when he is low health, but if you think you can't beat him right away, synergize with Sonon and focus on the Sparks.

Once Staggered, use Synergized Windstorm twice

Once Ramuh has been stagged, two hits with Synergized Windstorm will hit it hard. This both hits its elemental weakness and causes its Stagger % to go up. Pulling this off should be enough to take Ramuh out once you've managed to Stagger him.

Use Lightning Ninjutsu during the entire fight

Like its predecessor, Pride and Joy Mk0.5 is weak to Lightning, so set up Lightning Ninjutsu from the start and hit it with chip damage throughout the fight.

Attack from a distance for safety

It's possible to avoid attacks by staying behind its back, but those who are less used to its attack patterns can get inflicted with status effects and stun, so it's a risky strategy.

The easiest and safest way to handle the fight is to keep a distance throughout the fight and continue flinging Ninjutsu. It will fire napalm bombs throughout the fight, which leave flaming areas where they hit, but the damage from these areas is negated by having Elemental + Fire Materia on your armor, so you can roll over them freely. 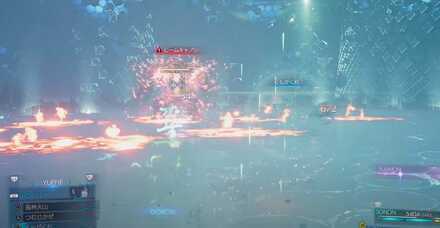 When Pride and Joy Mk 0.5 readies its Beam Cannon, you can move behind it in close range to avoid the attack.

When far away, the attack will always hit even if you try to avoid it; however, it can still be avoided using Brumal Form. Keep both your ATB gauges filled and ready, and when it looks like it's getting ready to fire, it can be fully avoided with repeated uses of Brumal Form.

Beam Cannon deals 5000 damage if it lands, so be sure to keep your HP at around 6000 or above throughout hte fight. Even if you fail to avoid it, this will allow you to survive and heal up.

If Sonon is bound, attack the right arm 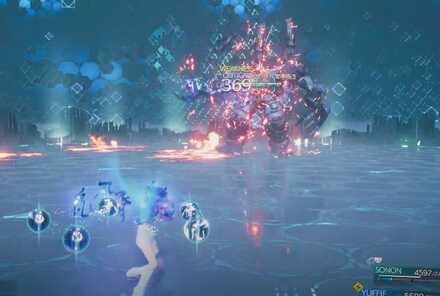 Pride and Joy can use its Catch attack to bind one of your party members. When this occurs, target the right arm and use Lightning Ninjutsu repeatedly. If you can't rescue Sonon in time, he will usually end up knocked out, so be sure you have enough ATB to cast Life.

If you activate Synergy while away from Sonon he will always teleport towards you. You can use this Synergy effect to teleport Sonon away from Pride and Joy and it will not be able to grab Sonon. 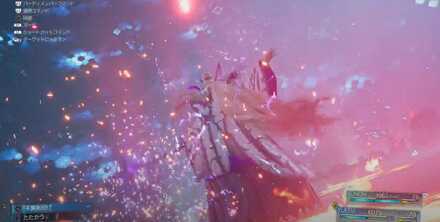 If you've saved up Ramuh until this fight, this is the time to use him. Pride and Joy Mk 0.5 is weak to lightning, so Ramuh can deal heavy damage while he is around.

Use Thundaga when Pressured 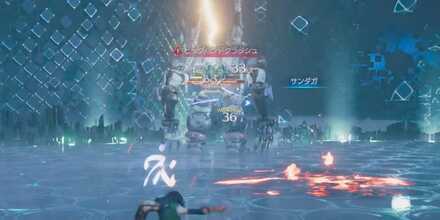 When Pride and Joy Mk 0.5 is pressured, or it seems like the Stagger Gauge is close to being filled, use Thundaga to raise the gauge significantly.

If you manage to Stagger it, use Synergized Windstorm to increase the Stagger %, then hit with hard attacks like Limit Breaks, and victory will be in sight.

Register as a member and get all the information you want. (It's free!)
Login
Opinions about an article or post go here.
Opinions about an article or post
We at Game8 thank you for your support.
In order for us to make the best articles possible, share your corrections, opinions, and thoughts about "Pride and Joy Mk 0.5: Yuffie & Sonon vs. Top Secrets Boss Guide" with us!
When reporting a problem, please be as specific as possible in providing details such as what conditions the problem occurred under and what kind of effects it had.