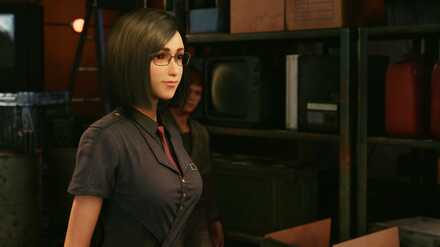 This is a profile of the character Nayo from the game Final Fantasy 7 Remake (FF7 Remake)'s DLC Intergrade for the PS5. Read on to learn about this character's voice actor and characteristics.

Nayo is voiced by Ashley Boettcher in the English version of the game. Ashley does not have a lot of experience when it comes to voice acting, having only a few voice acting roles in her entire career, one of her roles being Hina from Weathering with You. What she does have, however, is experience when it comes to acting. She started as a child actress with her first major appearance being in the film Aliens in the Attic. She may not have a lot of experience in the Voice Acting industry, but she does have some acting chops from her live-action roles! 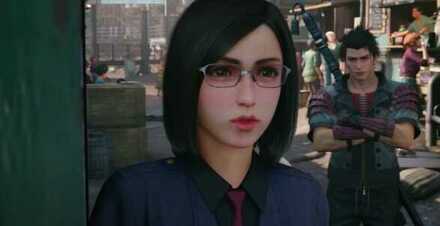 Nayo is a member of the Avalanche HQ branch. Her role in the organization is keeping an eye on the organization's activities. She helps Yuffie and Sonon by obtaining Interplate IDs necessary to pass the scans that would otherwise cause them to get spotted during their infiltration. She also informs Yuffie of Old Snapper and the Happy Turtle. The branch of Avalanche she is from is different from Barret's splinter cell.

In order for us to make the best articles possible, share your corrections, opinions, and thoughts about 「Nayo: Character and Voice Actor | FF7 Remake Intergrade」 with us!