How to Get DLC Items | Butterfinger Items | FF7 Remake 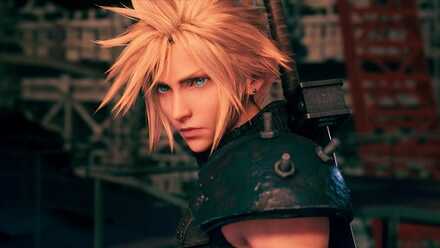 This is a guide for the Butterfinger DLC items in Final Fantasy 7 Remake (FF7R). Know more about these newly added DLC items and how to obtain them for free below!

What are the Butterfinger DLC Items?

These items, along with the PS4 Dynamic Tifa Theme, were only available through the Butterfinger Campaign which officially ended at 11:59 PM ET on May 14, 2020.

However, the DLC items were made available on August 6, 2020 for everyone!

FF7 Remake Intergrade, the PS5 upgrade for FF7 Remake, also allows free download of these DLC items, as well as the Preorder Bonus Summons for the original game!

The best part is, these items can be used in either the original game or the Yuffie INTERmission DLC.

How to Obtain the Butterfinger DLC Items

To obtain these items, simply click the link of the corresponding item below.

You can also download them directly on your PS4 by going to Final Fantasy VII Remake Add-Ons and installing them one-by-one.

Once installed, load any of your save data in the game and collect the items by going to Menu > System > DLC.

Useful in early game and is slightly better than Iron Bangle.

Better than the first armors available for its balanced defense capabilities and 2 materia slots.

Its balanced defense boost and 2 linked materia slots makes it on par, if not better, with most mid-game armors.

A very handy substitute for Revival Earrings as it won't break once it activates its effect, although it still only works once per battle.

This accessory effectively decreases damage received from elemental attacks, making it a safe pick against a lot of enemies, especially bosses.

In order for us to make the best articles possible, share your corrections, opinions, and thoughts about 「How to Get DLC Items | Butterfinger Items | FF7 Remake」 with us!